The ASA upheld a complaint from a frustrated parent who challenged whether the Transformers Rescue Bots featured in a Hasbro advert were available to purchase in the UK.

Generally, by featuring a product in an ad, there is an implied claim that it is widely available to buy in the UK.

In this case, the complainant had only been able to find two of the figures for sale online by major retailers, the rest could only be found on third party sites sold by smaller sellers.

Hasbro (UK) Ltd said that the toys depicted in the ad were widely available for purchase by consumers in the UK. The product was supplied in waves with a minimum of four characters in each wave, to multiple major retailers. Two waves had been shipped that year, so they expected there to be a minimum of eight characters on shelf, plus any carry forward stock from the previous year. Hasbro said the figures were sold as an assortment, so many retailers did not stock the entire range online and instead preferred to display and offer for sale the assortment figures only in their brick and mortar stores, with more available online. They also provided data on the number and selection of figures that had been shipped to UK retailers since January 2017.

However, based on the information provided, the ASA was not persuaded that all of the toys were widely available.

We do not know what level of knowledge or experience the ASA applied in assessing these stock figures and whether they took into account sales projections and other information, but, in assessing this, the ASA seems to have focused heavily on the availability of the toys in bricks and mortar stores. Regardless of the overall numbers of each action figure provided, and their distribution, the ASA noted that each of the action figures in the ad had only been shipped to UK retailers on one occasion since January 2017, even though a large number of the other Transformers figures (which were not featured in the ad) were included in at least two shipments to these stores.

The ASA concluded that they had not seen sufficient evidence that Hasbro had made a reasonable estimate of demand for all the specific products shown in the ad, and upheld the complaint.

Product availability (or the lack of it) is a tricky issue for advertisers to grapple with.

Advertisers must not promote a product which isn't generally available to buy, unless they manage consumers' expectations by making clear that the product isn't available to buy (e.g. in certain locations or until a certain time).

If a range of products is shown and one simply isn't available in the UK, then that must be spelled out clearly, or that product should be removed from the ad.

If it is only available online and not in stores (or vice versa) that should be made clear.

To avoid disappointing customers (or, in the worst case, to avoid being accused of 'bait and switch'), advertisers must make a "reasonable estimate of demand" for the advertised product before launching the campaign, and take it into account when planning the campaign and media schedule.

This seems reasonable, given that the advertiser is usually best placed to have both oversight of  stock levels and control over the media schedule.

So when estimating likely demand for a product, advertisers should consider:

Even so, while the campaign is running, stocks may run low or may run out unexpectedly.  Advertisers are expected to react to such changes and manage their campaign accordingly.

In the Hasbro example, where I should say there was absolutely no suggestion of any bait and switch activity, it would have been difficult / expensive for Hasbro to cancel a TV commercial if demand was unexpectedly high and stocks ran out. However, an online banner could be pulled on relatively short notice and is a safer option unless there is significant ongoing replenishment of stocks to meet likely demand.

If you are advertising a product which is sold to a number of retailers, and you have lower control / visibility over product availability, arrange for the retailers to provide an update on stock levels. If in doubt, consider featuring a smaller range of products, focusing on the products which you know are likely to be widely available.

If your product is aimed at children, be especially careful not to cause disappointment.

Finally, remember to carry out your due diligence on the product availability and tailor the media and the length of campaign accordingly.

The ad featured children playing with a variety of toys. In the final shot, five individual Transformers figures and two playsets including multiple figures were shown on screen. We considered that viewers of the ad, and in particular children, at whom the products were aimed, would understand that all the toys depicted in the ad were widely available to purchase. 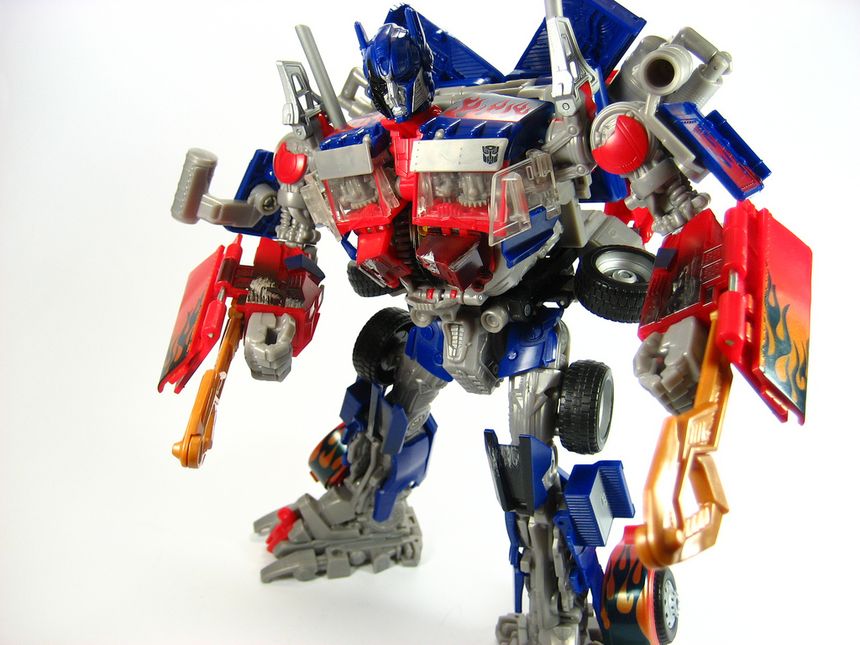