Tonight the BBC is reporting that Facebook has banned an ad by The Fair Tax Campaign which is apparently run by Alex Crowley, a former aide to Boris Johnson who left that role in late September. The ad is an attack on Labour's tax plans, with the headine "Could you afford an extra £214 each month?"  Crowley claims the substantiation comes from something called the New Economic Foundation Report and dates from August this year, which is a little odd, as Labour have not yet announced their tax plans and certainly hadn't in August. Crowley also said the campaign had no links with the Conservative Party. Must be purely coincidental then.

However, the reason for Facebook's action is that although the ad was labelled as "sponsored", it did not say who had paid for it, as required by the platform's rules for political ads. Political advertisers have to register with Facebook and display a "paid for by" disclaimer. As soon as The Fair Tax Campaign complete those requirements, the ad can go back up. Bet you can hardly wait!

Following on from Geraint’s post about Twitter’s decision to ban political ads from its platform, let's take step back to consider the wider issues around political advertising.

It’s been clear since the 2016 referendum that there are major problems with the regulation of political advertising in the UK. On TV, this problem is met with the simple expedient of a blanket ban. It was originally intended to prevent well funded vested interests from buying political influence. The problem is that it is so widely cast that it also prevents TV ads for causes such as the environment, hence the ban of the Greenpeace / Iceland rang-tan commercial last year. We once helped Make Poverty History navigate their way through Clearcast, only for Ofcom to come along and ban the ad in short order, on the basis that third-world debt relief is a 'political' issue.

In other media, where political ads are allowed, there are other problems. The ASA was at pains to remind everyone recently that they do not regulate ads around elections and - errr - referendums. So politicans can (and do) lie through their teeth in their election ads - as well as their ads for referendums - and there is nothing we can do about it. Then again, we all know their lying through their teeth, because that is what they do, so perhaps that ameliorates the problem?

Another problem is identifying the publisher of an ad and therefore who has paid for it and whether they are complying with spending restrictions imposed by electoral law. That’s fine in traditional media, where the identity of the publisher has to be disclosed and can be checked. But as the old joke goes, on the internet, no one knows you're a dog. Or in this case, an employee of a foreign government specifically tasked with destabilising the UK.  What’s wrong with these people? Don’t they know that destablising the UK is the job of our own government? We don't need any help from Johnny Foreigner in that regard, thank you very much.

Finally, there is the problem of targeting. Political parties are no longer content to lie to the electorate en masse. Now they want to tell a plethora of bespoke lies, specifically targeted at particular individuals, based on a wholesale disregard for their data protection rights. This also makes it very hard for other parties to hold them accountable for their lies, because they are at such a micro level.

So perhaps we shoud just follow Twitter's example, and ban all political ads online? If only it were that simple. There are free speech considerations that mitigate against such a ban, particularly as smaller parties cannot compete financially with the larger parties when purchasing traditional media. In an excellent piece on Radio 4, Amol Rajan, the BBC Media Correspondent, described how candidates like Bernie Saunders need online political advertising to level the political playing field.

But it is very disappointing that in the 3 years since the 2016 referendum, and the widespread acknowlegement that there are significant problems with the UK's lack of effective regulation for political advertising, nothing has been done to improve the situation. We now head into a General Election campaign, possibly to be followed by a Second Referendum campaign, with no more protection from misleading political advertising than we had when Boris toured the country in his wretched red bus. Since then, we've had Farage and his misleading immigration poster. Although the problems are not confined to online advertising, as evidenced by the hateful trolling of Stella Creasy in her Walthamsow constituency by opponents to her campaign in support of abortion rights in Northern Ireland.

Not exactly 3 steps to heaven, but at least it might keep you safe from political ads online.

Facebook removed the ad after being contacted by the BBC. The company said it should have carried a "paid for by" disclaimer and the advertiser has been contacted "to provide clarity" on its policies relating to ads about politics, elections and social issues. 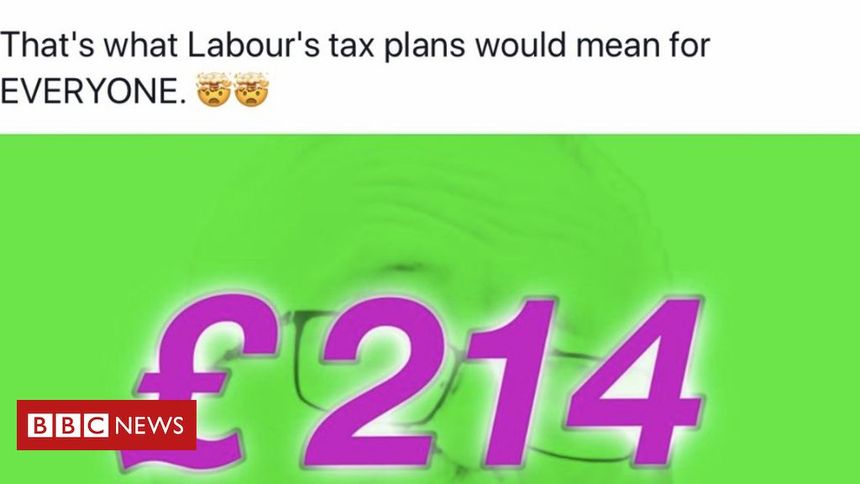