God knows these are dark times. This second lockdown (or is it the third?) is beginning to take its toll, even on those of us who rather enjoyed working from home last summer. Sitting in the garden, soaking up the late afternoon sunshine, watching TV with a cold beer, and catching the evening session's play from the Test Match: what's not to like? But now, we're locked in the house all day. It's dark outside when you log on in the morning. It's dark outside when you log off in the evening. And it's dark outside at all times in between. It's pretty difficult to keep one's pecker up.

Meanwhile, the government is faced with the twin tasks of educating the populace about masks, space and hygiene, while at the same time trying to raise our spirits with the promise that there is a tiny speck of light at the end of a very long tunnel. Is it a glimpse of the sunny uplands? Or is it the express train hurtling towards us? Hard to tell. Perhaps they thought that it would be helpful to have a clown as Prime Minister; but if they did, that particular joke is beginning to wear a bit thin.

So we should be grateful to the government for publishing a Covid-19 ad that is so astonishingly, breathtakingly awful, that it is not only abominable, but also hysterical (if that is the appropriate word). As you can see from this copy of the offending ad, which is assured a place in eternal infamy, it shows people in 4 households, obeying the injunction to  'Stay Home. Save Lives.' As you may have noticed, there is only 1 man among the 7 female characters in the 4 households, apart from a baby and a child of indeterminate gender. The chap appears to be lounging on the sofa with his good lady wife. It looks as though he's watching the footie on TV, which is the kind of manly pursuit that a gentleman should undertake during lockdown. Meanwhile, in the other 3 households, the ladies are engaged in women's work: looking after a baby,  home-schooling the kids, and doing the housework.  All activities that are well-known as the exclusive preserve of members of the fairer sex, at least in the view of those members of the government who are keen to take the country back to the 1950's, complete with warm beer and vicars cycling to evensong.

Predictably, no sooner had the ad appeared on social media, than the backlash began. People were not slow to point out that the flies in the face of the Advertising Standards Authority's rules on gender stereotyping. Adding insult to the ad's injurious gender stereotyping, a report published by The Fawcett Society in November 2020 reported that the pandemic is having serious impact on women in the workplace, who are more likely to lose their jobs, and more likely to have to deal with childcare issues.

Those of a suspicious disposition may wonder whether the social media charge was surreptitiously led by a crack squad of undercover executives from the ASA, acting incognito, in the hope that the government would be shamed into withdrawing the ad before the need arises for a formal investigation. If that was their dastardly plan, it worked.

According to the BBC, Lorraine Candy, former editor of The Sunday Times Style Magazine and Glamour magazine, is quoted as saying, "Are there no intelligent, smart women advising the government about this?"  Clearly not! Presumably Priti Patel is too busy at The Home Office to lend her insights to the government's marketin' team.

Providing conclusive proof that satire is dead, the prime minister's spokesman (note the gender) is quoted as saying "We have provided information for the public throughout the pandemic. [The advert] does not reflect our view on women and we have removed it." This begs a question: if it doesn't reflect your view on women, whose view does it reflect? You published it!

But let's be generous and give the government the benefit of the doubt. Let's put this down to cock-up, not conspiracy, which is an entirely plausible explanation. If that is the case, then this is further evidence, if any were needed, that the government desperately needs to reconstitute the Central Office of Information.

The COI was effectively the government's inhouse marketing department, in charge of procuring advertising services and overseeing the content of government's advertising. Since its dissolution at the end of 2011 as part of austerity era cost-cutting, we've seen that this decision resulted in a false economy. Soon after the COI closed, a procurement process was undertaken that resulted in agencies with proven track records of creating award winning government advertising being knocked out at an early stage of the tender process by civil servants drafted in from other departments. We then saw Theresa May's notorious 'Go Home' mobile advertising campaign, which we believe is the most racist ad of the millennium. And now, they've done the ignominious double, and published the most sexist ad of the millennium.

So come back COI. All is forgiven.

"We have provided information for the public throughout the pandemic. [The advert] does not reflect our view on women and we have removed it." The Prime Minister's spokesman 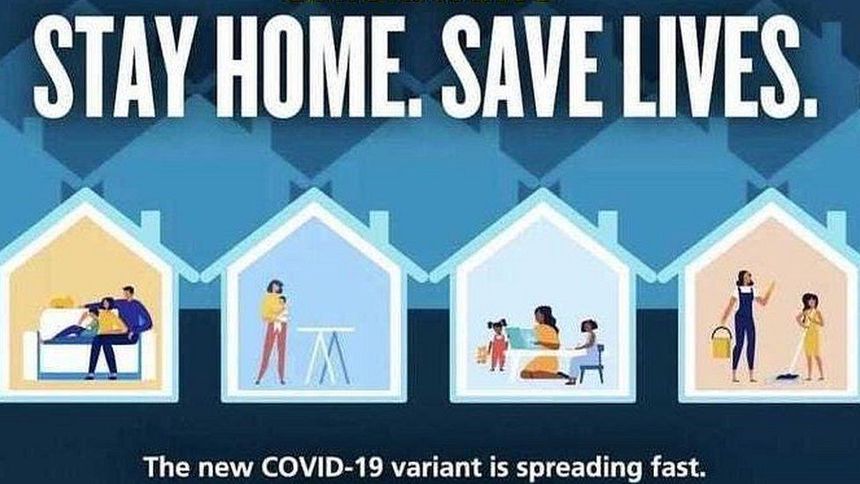 Someone signed this off https://t.co/FL0ktdnWH9