It stated: “What if we gave the beers away for free” and “See the code, scan it with your phone camera. Win delicious Camden Hells Lager … if you’re lucky”. Significantly, it was shown during Champions League matches with a large audience and promoted on social media, which further inflated the audience.

Needless to say – take up was enthusiastic! But many missed out after waiting on the phone to claim the beer only to be told when they finally got through that supplies had run out.

The ASA received a complaint saying the promotion was misleading because after scanning the code, the complainant was placed in a virtual queue for over an hour before being told the promotion had ended due to high demand. The ASA upheld the complaint and the ruling serves as a reminder that promoters need to make a real effort to estimate demand accurately and to ensure they are able to meet forecast demand.

The ruling also highlights the need for promoters to fully understand the structure of their promotions. Promoters often confuse gifts and prizes and draws and giveaways. In this case, Camden Town had called the promotion a prize draw, but the ASA said that it was a product giveaway. In a prize draw, the number of prizes available is usually limited, and winners are allocated randomly, whereas in a giveaway, significantly more gifts are available, and consumers are usually awarded on a first-come, first-served basis. In prize draws, prizes are awarded in accordance with the laws of chance and winners are selected by a computer process that produced verifiably random results, or by an independent person, or under the supervision of an independent person. The ASA said the promotion didn’t have the features of a prize draw.

What did Camden Town Brewery have to say?

Camden Town Brewery said that they had set up a prize draw, with a chance to win either 6 x Hells Lager cans, 6 x Hells Lager bottles, 12 x Hells Lager cans or 24 x Hells Lager cans. Cans of beer were administered on a first-come, first-served basis for participants who were quickest to scan a QR code. A total of 155,818 people had scanned the QR Code to enter the prize draw, of which 12,600 had won, and the prizes were distributed per ad pro rata to the estimated reach of the programme during which the ad was scheduled. There was a virtual queue to prevent the website from crashing and to ensure that all winners were able to claim their prizes.

Camden Town Brewery believed that the ad neither misled consumers about their chance of winning, nor gave any indication that if they entered the competition, they would be guaranteed to win free beer.

Clearcast had told Camden Town Brewery that saying that the offer was “subject to availability” would not be sufficient if consumers missed out on the offer, and so Camden Town Brewery chose to include the claim: “Win delicious Camden Hells lager, if you’re lucky” in the voiceover, therefore making clear that consumers had to be lucky to win beer and not everyone would get something.

Was the promotion a prize draw or a giveaway?

The ruling includes an interesting discussion about the differences between prize draws and giveaways. The ASA believed that viewers would understand from the ad that if they scanned the QR code, they would be eligible to obtain free beer. But the nature of the promotion was not clear. On the one hand, references to “winning” and viewers being “lucky” suggested it was a prize draw, which would involve an element of chance. On the other hand, there were the references to beer being free, which suggested a giveaway, where allocation was determined by who got there first. The ASA said this created an ambiguous impression that was likely to mislead consumers about the kind of promotion being run.

For the promotion to be a prize draw, winners would need to be chosen at random from all of the valid entries entered. However, the free beer was awarded on a first-come, first-served basis to those who were the quickest to scan the QR Code, so the likelihood of getting beer was primarily dictated by their response time. That did not amount to a random allocation of prizes as would be expected in a traditional prize draw. Entrants who were the quickest to scan the code and had therefore successfully claimed free beer were subsequently randomly allocated either a 6-, 12- or 24-pack.

Did Camden Town Brewery make a reasonable estimate of the likely demand?

The ASA said that it expected to see evidence from Camden Town Brewery to demonstrate that they had made a reasonable estimate of the likely demand and that they were either were capable of meeting that demand, or that they had provided clear information in the ad about any limitations on availability so that consumers could make an informed decision about whether or not to participate.

Camden Town Brewery had allocated the number of free beer packs per slot pro rata based on the estimated reach of the programme but there was no evidence that they had taken other factors into account such as the demand experienced in similar previous promotions. As mentioned, they had also featured the promotion in their social media, which was likely to have increased the audience of the promotional ads but there was no evidence the promoter had considered the impact of that inflated demand. Therefore, the ASA considered that Camden Town Brewery had not made a reasonable estimate of the likely response to the promotion.

The ASA then assessed whether the ad conveyed sufficient, clear information about limitations on availability. The wording on the ad “subject to availability” was insufficient to convey to viewers how limited promotional items would be in practice. This isn’t a surprising finding, as all relevant CAP guidance is very clear on this point. The ASA also thought that because the opportunity to take up the promotion, by scanning the code on screen, was time limited, viewers would be unlikely to have time to register that information. The wording “if you’re lucky” did not explain how limited promotional items might be. The ASA was concerned that the absence of a reasonable estimate of demand combined with the lack of necessary information in the ad about the limitations on availability had led to a very high response with some entrants waiting up to an hour and a large numbers of entrants not being awarded any products. Therefore, the ASA upheld the complaint (for breaching BCAP Code rules 3.1 and 3.2).

The ruling provides a useful reminder of the distinction between prize draws and giveaways, as well as reiterating ASA guidance on estimating demand properly.  Promoters should ensure that they bear these points in mind when structuring future promotions and brand activations.

Because the ad presented a giveaway of free items in an unclear way that confused it with a prize draw, and because Camden Town Brewery had not made a reasonable estimate of demand or made sufficiently clear how limited availability of free beer was likely to be in practice, we considered that the ad was misleading and breached the Code 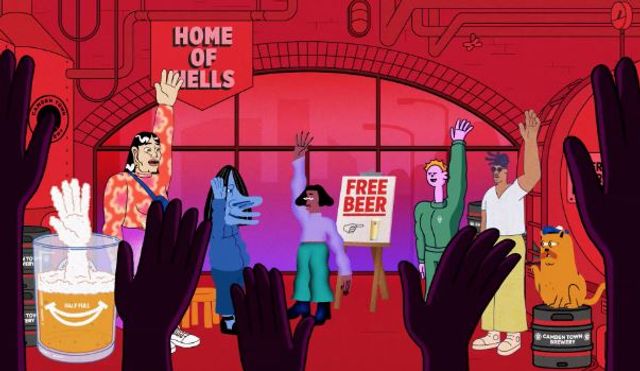