According to reports on Easter Monday, 5th April 2021, the government is about to drop the proposed ban on online ads for HFSS foods which was mooted in a consultation launched on 10th November last year. While the food and advertising industries have been willing to accept the gradual increase in advertising restrictions for HFSS foods over recent years, this total prohibition was considered a ban too far, and has been the subject of considerable push back. Apparently, the impact of the ban would be to reduce a child's intake of calories by just 1100 calories over the course of one year, although the proposed ban would apply to all online ads for HFSS foods, not just those aimed at children. In other words, it would have no meaningful effect. At the same time, the cost to industry would be significant, and there would be considerable uncertainty about the application of the ban to small businesses, like local cake shops and takeaways.

Part of the problem is that the nutrient profiling used to define HFSS foods, i.e. those High in Fat, Sugar and Salt, doesn't just catch those that would be within most people's idea of 'junk food'. It also catches Marmite (food of the gods IMHO), mustard, humus and many other foods not normally associated with obesity. And that's without the argument that there is no such thing as junk food, only junk diets.

Another unresolved issue is how the proposed ban would be enforced against advertisers based in other counties. The government has insisted that the ban would apply to all online ads directed at consumers in the UK, but with no explanation about how UK laws would be enforced against advertisers in other jurisdictions. We know Mr Johnson is very keen on 'Global Britain', but curiously, the rest of the world seems somewhat reluctant to submit to the long-arm jurisdiction of English law.

News of the climb down has prompted contrasting reactions from each side of the debate. Various free-market think tanks and Tory politicians have welcomed the news, with the Adam Smith Institute being reported as commenting that “It’s right the Government has realised the plan to ban online ads for Great Britain’s food heroes was well and truly mad. It’s a commonsense victory for every local bakery, coffee shop, pub, chippy and curry house.”

Meanwhile, those who favour further bans on the basis that anything that potentially decreases obesity is 'worth a try', regardless of either their high cost or their limited efficacy, have come out to criticise the government. Various charities and NGO's have been joined by public figures such as Jamie Oliver and someone called David Gandy (no, me neither) in writing to the Prime Minister, urging him to stick to his guns, and implement the ban as originally proposed.

Eventually, the Prime Minister will have to decide who he wants to please more: his own back-benchers, the food industry and the advertising industry; or the popular celebrities and NGO's who will advocate almost any advertising restriction on the off-chance that it might decrease obesity, particularly in children.

But like Groucho Marx and his principles, if you don't like this online HFSS ad ban, Boris has other ad bans you might like. First, there is the proposed 9 p.m. ban on HFSS food ads, designed to catch breaks during shows which are not aimed at kids, and not even of particular appeal to kids, but popular with kids nonetheless. If this ban goes through, which seems more likely, it will impact HFSS food ads during Britain's Got Talent, The X-Factor and during coverage of football matches. Some commercial broadcasters are reported to be rather resentful of the fact that the US tech giants will escape the impact of an online ad ban, whereas they are likely to bear the brunt of regulatory creep.

Second, the proposed restrictions on promotions of HFSS food by location and price, also looks to set to become law. These will restrict the location of HFSS promotions both bricks-and-mortar and online stores, as well as price promotions such as 3-for-2 offers, and BOGOFs.

Its also worth remembering that the UK already has very strict rules on advertising for HFSS advertising, which are rigorously enforced, and has for many years. Yet despite these restrictions, the obesity crisis continues to grow. Does this mean we should double down, with ever more draconian restrictions? Or does it mean that ad bans and restrictions are not a panacea?

Given the fact that in 2016, Jamie took to social media to make it abundantly clear, in no uncertain terms, that he did not welcome the idea of Boris becoming prime minister, it seems likely that our esteemed leader will chose to please his own back-benchers instead, from expediency, if not from principle.

Boris Johnson applies Groucho Marx's approach to principles to his approach to ad bans: if you don't like this one, he has others you can try. 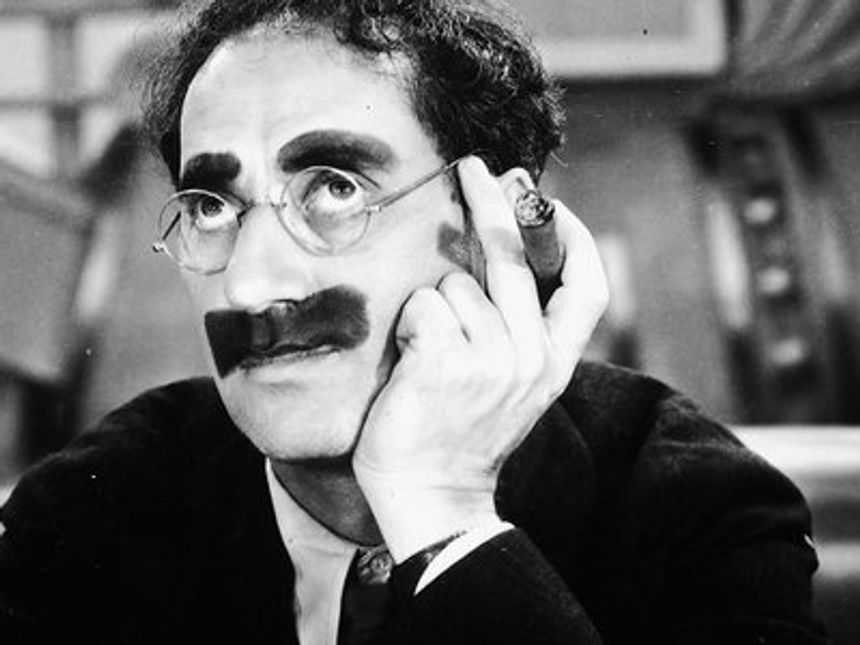 Boris Johnson has been told by Jamie Oliver, doctors and health charities that abandoning plans to ban online adverts for junk food will “significantly undermine” his promise to fight obesity https://t.co/mhhcj19cZs

I agree with @jamieoliver

Our current environment is deeply unhealthyhttps://t.co/I7AVoFTF6n