A radio ad promoting BMW's sporty 'Competition' edition of the M3 and M4 was broadcast in March 2021. It opened with the revving sound of a car engine. A voice-over said “We could use big words like striking, muscular or captivating to tell you what it looks like, or use an alluring combination of colourful words to describe exactly what it feels like. But all you really want to hear is this”, at which point the louder sound of a car engine revving was heard. The voice-over continued, “Discover the new M3 Competition Saloon and M4 Competition Coupe from BMW, available to test drive from April. M the most powerful letter in the world.”

One person complained that the ad and presentation of the car engine sounds seemed irresponsible and challenged whether it breached the BCAP Code.

BMW said that BMW M was their sub brand for their performance and sport car range, and the engine would make a different sound to that of a non-performance car.

BMW, rather brilliantly, said they took care to ensure the voice-over did not make any speed or acceleration claims and instead focused on the look and feel of the car, the model name and the availability to test drive it. They said the total engine noise lasted for less than a second of the thirty-second ad and it was apparent that the engine revving sound was recorded when the vehicle was static and was not indicating the car was being driven at speed or with rapid acceleration.

RadioCentre said they were aware that the campaign raised issues under Section 20 of the Code, and they issued a warning to the advertiser that the sound effects of the car should not suggest hard acceleration or aggressive power. They believed the final version of the ad was complied with the BCAP Code.

The ASA disagreed.  Showing, yet again, how difficult it is to promote the sporty credentials of a sporty car in the UK, the ASA upheld the complaint.

The BCAP Code stated that motoring advertisements must not demonstrate power, acceleration or handling characteristics except in a clear context of safety. BCAP Code rule 20.3 states that references to those characteristics must not suggest excitement, aggression or competitiveness.  Rule 20.4 goes on to say that ads must not refer to speed in a way that might condone or encourage dangerous, competitive, inconsiderate or irresponsible driving, and that speed or acceleration claims must not be the main message of an ad.

It seems fair for BMW to argue this was the sound of a static car revving its engine, and that has worked in the past for other advertisers where the car is visible, but when it comes to radio ads that is a harder sell.

The ASA said it "noted the ad began with an engine revving sound and that the sound of the engine was heard quietly in the background for the majority of the ad. The voice-over made reference to the car’s appearance and feel, and then stated “But all you really want to hear is this”, at which point the louder sound of a car engine revving was heard."

The ASA acknowledged that some listeners might infer that this sound was a reference to the quality of the engineering and design of the car, but ultimately the ASA considered the sound of the engine was the focus of the ad, and that the presentation of the engine sound in this way was intended to demonstrate the car’s power.

Further, the ad expressly stated that the revving sound was all listeners wanted to hear, so the ASA considered that the ad implied that this characteristic, rather than the look or feel of driving the car, would be the most important feature for consumers. The ASA "also considered the sound of the revving engine suggested excitement that consumers would experience driving the car". The voice-over referred to “M, the most powerful letter in the world” and the ASA considered the use of the word “powerful” in this context further emphasised the powerful nature of the car.

The ASA conceded that the ad made no direct reference to speed, acceleration or fast driving, and the revving sound was not heard multiple times, or in a prolonged manner so as to suggest speed or that the car was being driven in a dangerous or irresponsible manner. Therefore, the ASA did not consider that the ad made speed and acceleration the main message of the ad or referenced speed in a way that would encourage dangerous or irresponsible driving.

However, because the ad demonstrated the power of the car in a way that suggested excitement and it was not done in a clear context of safety (it was apparently revving while stationary and in neutral, but that couldn't be seen), the ASA concluded it was in breach of the BCAP Code.

The ad must not be broadcast again in its current form.

Image: it was a radio ad, so the image we have used here wasn't part of the ad obviously. 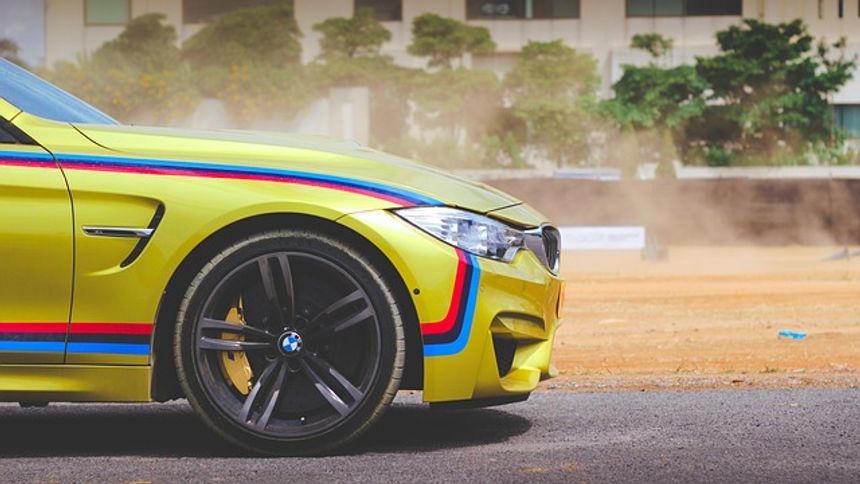