Yesterday, 21st September 2022, the Advertising Standards Authority upheld an interesting complaint following its investigation of poster ads from Fat Lad At The Back, a cycling clothing company.

The brand launched a digital billboard in July 2022 with "FAT C*N'T" written in large letters on bright backgrounds such as pink or orange. There was further text which stated "Actually, Fat Can. Top-quality cyclewear for every body". They also published the same execution as traditional out-of-home poster ads. 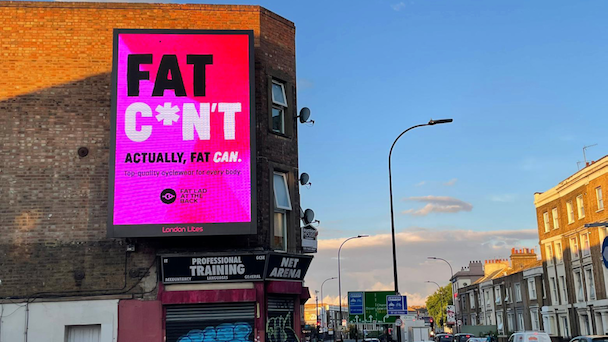 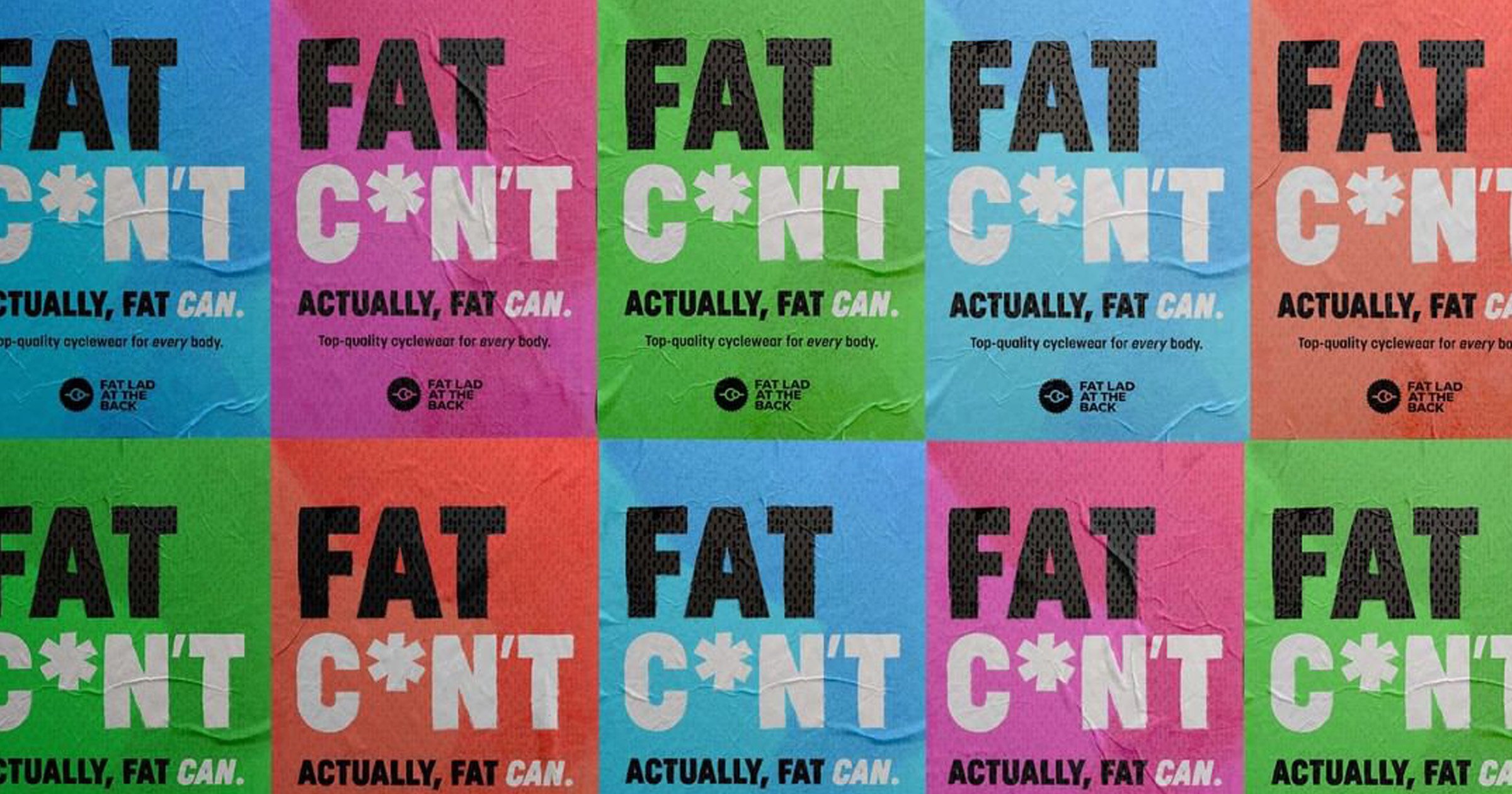 Fat Lad explained that the idea behind the campaign was to change negative connotations in society about overweight and obese people exercising. They argued that they were acting in the "public interest", because the default view in society is that overweight people are unable to take part in sports activities and keep fit.

In relation to the word "C*N'T", the brand believed that a potential misreading of the word, which they intended to be "CAN'T", can be quickly rectified by the viewer taking a second look. They believed that the ad's message, that "fat CAN", would be instantly understood by a viewer.

Fat Lad also disagreed with the complaints about media placement, reasoning that children would not replace the missing letter with the letter "U", rather than an "A".

The owner of the digital billboard site said that they did not consider the ad to warrant a ban. They understand that the word "cunt" would be offensive to people, but as the phrase "C*N'T" contained an apostrophe, in their view it was clear that it represented the word "can't".

The ASA rejected Fat Lad's arguments, as well as the view of the media owner, ruling that the ad was harmful and offensive, in breach of rule 4.1 of the CAP Code because the phrase "C*N'T" was of too similar to the word "cunt" (sh*t, sorry, we c*n't avoid mentioning it completely).

The ASA also noted a very close resemblance to the phrase "fat cunt" which it considered a common and an abusive term. This tells you everything you need to know about culture at the ASA! It is a phrase that is virtually unknown within the confines of Lewis Silkin.

The ASA rejected the justifications behind the wordplay, because raising obesity and overweight awareness did not justify alluding to a word that is so likely to cause offence. Furthermore, the ad was inappropriate for outdoor display because the posters are an un-targeted medium which can be seen by children. The ad was therefore in breach of CAP Code rule 1.3 of social responsibility. The ASA ruled that the ad must not appear in the form complained about.

There are two key take-homes from this ruling. Firstly, swearwords or offensive words should not be used in marketing, including word-plays and variations which can imply an offensive word. Even a "public interest" defence may not be sufficient. If brands are considering using potentially offensive wordplay, there must a more significant distinction between the phrase being used and any offensive word. Brands should also bare in mind that the c-word is the most offensive swear word in most peoples' vocabulary, and therefore carries a higher degree of risk. How much distance should be placed between the offensive word and the phrase in an ad will depend on how offensive the word is in society, and particularly where the ad will be placed. Of course, this is just the text, but imagery around the text will also play a part.

Secondly, if offensive words or phrases are used in advertising, brands need to take significantly extra care to ensure careful targeting to an audience which is unlikely to be offended. Magazines with an adult readership are more likely to be acceptable that out-of-home posters, which are the most un-targeted medium of all. Famously, in 1996, the 60 complaints about this Benetton ad were not upheld by the ASA, because it only appeared in Time Out, a magazine with an adult audience, but the ASA said it would be unsuitable for publication in a magazine with a wider readership, or as a poster ad. 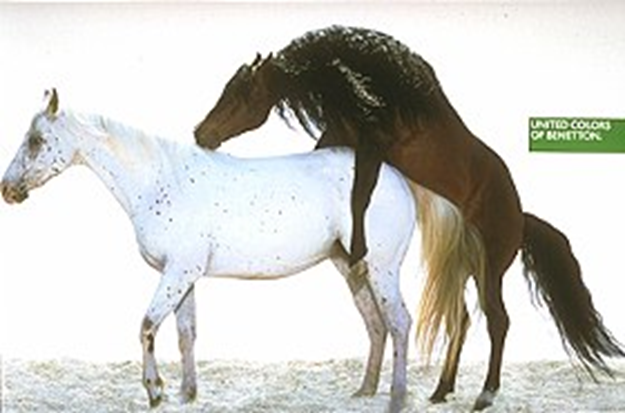 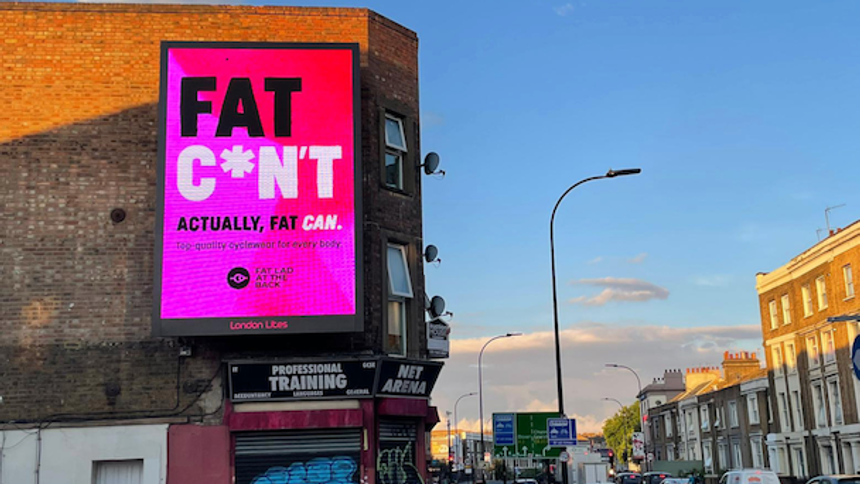