A wise man once observed that “Just because I’m paranoid, it doesn’t mean they’re not out to get to me.” Well, not such a wise man, but Woody Allen, in the days before he rather unwisely embarked on a relationship with his stepdaughter. However, he had a point. And one that I was reminded of when the Advertising Standards Authority decided to publish one of their most significant decisions about greenwashing while I was on annual leave, denying me the opportunity to write a blog post while it was still current news. But such thoughts were not just paranoid, but narcissistic, and must therefore be consigned to the landfill of my mind. Nevertheless, having given the matter some thought over the last couple of weeks, the ASA’s adjudication raises more questions than answers.

First, the facts. The adjudication concerned two poster ads from HSBC, the banking leviathan formerly known as the Hong Kong & Shanghai Banking Corporation, not from its creatively ambiguous campaign with Richard Ayoade, which makes references to borders that are simultaneously both pro and anti-Brexit, but from a campaign that unambiguously environmental its aspirations.

The first poster included artwork of an arial shot of waves crashing onto a shoreline with the claim that “Climate change doesn’t do borders. Nor do rising sea levels. That’s why HSBC is aiming to provide up to $1 trillion in financing and investment globally to help our clients to net zero.”

The second poster included a photograph of tree rings, and copy which stated “Climate change doesn’t do borders. So in the UK, we’re helping to plant 2 million trees which will lock in 1.25 million tonnes of carbon over their lifetime.”

The two ads triggered 45 complaints from Ad Free Cities and various members of the public, who complained that the ads were misleading because they omitted any mention of significant information about HSBC’s contribution to carbon dioxide and greenhouse gas emissions. And already, the questions arise. How many of the 45 complaints were spontaneous, and how many were orchestrated by Ad Free Cities? If the ASA, a self-regulatory organisation, is going to accept complaints from a pressure group whose name, Ad Free Cities, suggests that they would like to see the end of all Out of Home (or poster) advertising, then what future is there for advertising? And with no advertising, there'd be no ASA!

The ASA decided that the claims in both ads, about the $1 trillion of investment and the 2 million trees being planted, would be understood by consumers to mean that HSBC is making an overall positive environmental contribution. But on what basis has the ASA reached that conclusion? There is nothing to suggest that they conducted any research to ascertain consumer understanding, or that they even sought the views of their own Independent Advisory Panel. It appears that the Executive decided to make this assumption about likely consumer understanding at the start of the investigatory process, and it subsequently went unchallenged.

But the CAP Code demands that advertising is judged by reference to the ‘Average Consumer’ who is reasonably well informed, observant and circumspect. I hate to break it to any bankers reading this piece, but since the global financial crisis of 2008, the Average Consumer does not necessarily believe every word they are told by banks. Circumspection has tipped into cynicism. So ironically, the Average Consumer is unlikely to be misled by this alleged greenwashing, because they will probably have assumed that HSBC was putting the best possible spin on their story in any event.

The adjudication also conflates the two ads, disregarding the fact that they are making very different claims. The first one, about $1 trillion of investment, can be criticised for being selective, as it fails to mention all the other huge investments that HSBC is making into projects that cannot be described as green.  The second ad, however, is surely just a series of factual claims that either can or can’t be substantiated: HSBC are helping to plant 2 million trees, presumably by paying for them, rather than by sending out bank managers to dig holes. Are they, or aren't they? These 2 million trees will, in aggregate, lock in 1.25 million tonnes of coal over their lifetime. Will they, or won’t they? These are simple questions of fact which can either be substantiated, or not. The adjudication doesn’t say, but simply conflates the condemnation of the first ad with the second. From HSBC's perspective, they might have preferred the ASA to apply their usual baby-splitting, judgement of Solomon approach, which might have resulted in a score draw, of one complaint upheld, neatly balanced by one not upheld.

Central to the ASA’s criticism of the ads is that the claims were unqualified and failed to acknowledge that while the bank may be doing some work which is good for the environment, it continues to finance many other projects which are not. In fact, the ASA quotes from HSBC’s own 2021 Annual Global Report and Accounts to reveal that the banks ‘current financed emissions’ is over 65 million tonnes of carbon dioxide, just from the oil and gas businesses alone, quite apart from various other industries which pump out CO2 while being bank-rolled by HSBC.

HSBC response states their ambition to help their clients achieve Net Zero and sets out their rationale for continuing to finance certain industries while they decarbonise. They also point out that this approach is endorsed by various respected environmental bodies. But while all this information may make for compelling reading in the adjudication, it is absent from the ads themselves.

The problem with the first ad is that it does not contain anything to balance out the ‘good news’ story that it is trying to convey. Another advertiser has recently found itself under scrutiny by the ASA as a result of complaints of greenwashing, but in that case, the ASA was more sympathetic and has not launched an investigation (at least, not yet). The positive messages were contextualised and balanced by an honest admission that in the short term, the advertiser will still be responsible for significant amounts of pollution. (Sorry, but client confidentiality forbids me from saying more!)

It is a concern that some of the ASA's assumptions seem to go unchallenged. Greenwashing is being treated as a type of misleading advertising, when in fact the average, cynical consumer expects advertisers to put a positive spin on their activities. There is also a danger of setting the bar for environmental advertising so high that the incentive for advertisers to come up with innovative green technologies is undermined. 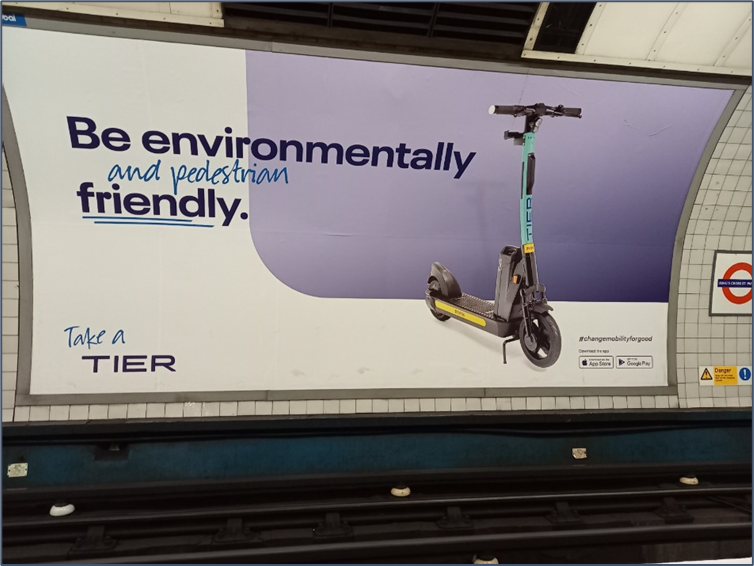 For example, the Hyundai ad for their hydrogen car or the Teir Operations ad for their electric scooters, both of which were found to be misleading following very ‘puritanical’ applications of the CAP Code. Nobody wants advertisers to be cavalier with their green claims, but there is a fine line to tread.  It sometimes seems that all a pressure group or concerned citizen needs to do is lodge a complaint about a green claim with the ASA, and they will find a reason to uphold it.

The lyrics of the catchy song Johnny Mercer can be taken as a guiding principle for advertising:

But when it comes to green advertising, you've got to balance the positive with the negative, and latch on to Mister In-Between. *

"We did not consider consumers would know that [HSBC was continuing to significantly finance investments in businesses and industries that emitted notable levels of carbon dioxide and other greenhouse gasses], and we therefore considered it was material information that was likely to affect consumers’ understanding of the ads’ overall message." 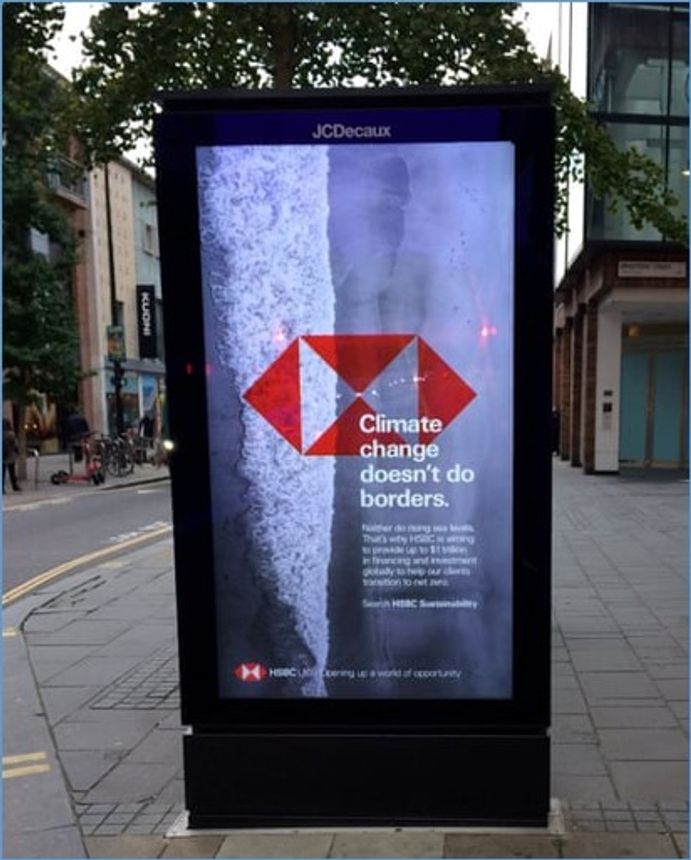