I visited Dublin last week to attend the historic first test cricket match on Irish soil against Pakistan. It was a great occasion, and equally historic for being the first sunny day in May in Ireland in living memory. Although that was on the second day of the test match, the first day having been rained off without a ball being bowled! And they literally don't sell suntan lotion at the ground. Why would they? Happily, they do sell Guinness and plenty of it.

What struck me most, however, was the sight of lampposts festooned with 2 or even 3 separate, competing ads 'for' and 'against' the repeal of the 8th Amendment of the Irish constitution, which bans abortion. The referendum on its repeal takes place this Friday while the rest of the EU frets about GDPR implementation.

The Advertising Standards Authority Ireland (ASAI) Code of Advertising clearly states that political advertising is outside its remit, just as it is under the ASA's Code in the UK. This makes perfect sense from a free speech perspective, but it does have unfortunate consequences. We saw them here in the context of Brexit and now the Irish are seeing them in the context of the abortion referendum. Another similarity with the UK is that political ads are banned in broadcast media, driving campaigners to traditional non-broadcast media and online.

The first, and most obvious of these unfortunate consequences is simply the sheer number of these out-of-home ads. But look a little closer, and you'll be shocked to see images that have no place in any advertisement in any media, whether political or not. Unfortunately, these ads are beyond the scope of usual rules concerning taste and decency.

A further consequence, on even closer inspection, is the proliferation of unsubstantiated claims. These usually refer to the alleged rate of abortions in the UK in general, and especially the UK abortion rate in relation to foetuses with an abnormality. The rates claimed may or may not be true, and there are plenty of reports that they are greatly exaggerated by those arguing 'no' to a repeal of the 8th, but it seems there is no way to hold the advertisers to account.

Nevertheless, these issues of media placement, taste and decency, and truth in advertising pale into insignificance compared to the issues of advertising on social media, which concern foreign intervention and democracy being sold to the highest bidder.

Facebook have tried to prevent ads by foreign based advertisers and Google has stopped accepting ads by advertisers from either side of the debate. However, reports suggest that these efforts have not been entirely successful, which seems almost inevitable. Some Irish law makers have also expressed concern about international tech companies having a role in shaping the nature of participation in the national debate. For the tech companies, it seems to be a case of 'damned if you do, damned if you don't'.

In anticipation of the referendum, James Lawless, a politician and technology spokesman for the opposition Fianna Fail party proposed a Social Media Transparency Bill, designed to reduce the influence of foreign organisations. His concerns is that if spending restrictions in traditional media are not applied to social media, the democratic process can be hijacked by those with the deepest pockets.

It seems too late to do anything to protect the democratic process in Ireland in the context of the abortion referendum, and its certainly too late in relation to the Brexit referendum or the US presidential election for that matter.

But politicians, regulators and us, the electorate, in every democratic country of the world need to be thinking about these issues now, well in advance of the next election or referendum, to design effective legal and technological means to prevent the subversion of the democratic process through a pernicious combination of money and technological prowess.

Democracy is not for sale to the highest bidder 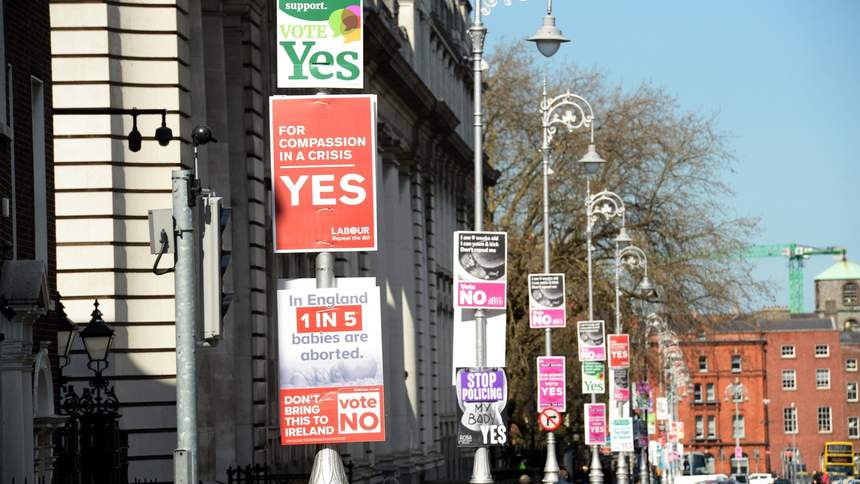 'Dark ads' cast a shadow over Ireland's referendum on abortionhttps://t.co/RFo9bUs5Dg

One week after Google said it would "pause all ads related to the Irish referendum" on abortion, some ads were still appearing in Google searches. Google said they had "taken action" after being showed this ad. @karadaniellefox https://t.co/MK1uKozZbT pic.twitter.com/3iKLIi88fo

Not only is a #Yes vote crucial to the rights and health of women, it is crucial to supporting Irish #democracy against scary and powerful international organisations and individuals.'Dark ads' cast shadow over Ireland abortion vote @CNNI https://t.co/ORfqw0meWH #repealthe8th

Interesting news from CNN on social media and the fight against professional foreign interference in elections/referendums.https://t.co/ns3WBPs0mW

As the talent war goes 'hot', join our webinar to find out everything you need to know about enforcing restrictive covenants in the ad industry
Brinsley Dresden

What does The Queen's Platinum Jubilee tell us about British Advertising?
Brinsley Dresden

Calling all brands! Join us and Full Fact for our free webinar exploring the risks to brands of bad information and how to tackle them
Lauren Stone