Another week, another upheld ruling against a prominent influencer.

Olivia Buckland has become the latest social media influencer to be pulled up by the ASA for failing to make her commercial relationships clear to her followers, despite using #BrandAmbassador. If this sounds like a familiar story, then it's probably because this is the second time Buckland has been raked over the coals by the ASA - she received an upheld for similar reasons only last year.

In the post, Buckland was pictured holding a shiny pink bottle of Cocoa Brown alongside a caption explaining that she was topping up her tan with her favourite tan mousse. She waxed lyrical about the natural glow it gave her and urged her followers to go out and grab a bottle.

Buckland, who was being paid to promote the product, thought she had done enough to disclose the relationship by including #BrandAmbassador in her Instagram Bio.

However, the ASA said this was insufficient, as many people viewing the ad wouldn’t have seen the Bio.  The ASA's approach is consistent with that of the FTC in the US.

Furthermore, in the UK the term “brand ambassador” was unlikely to convey the fact that Cocoa Brown was paying Buckland AND had some control over the content she was posting (thus bringing the post within the ASA’s remit). So, in short, it was a no-no to Cocoa.

The takeaway here is that a disclosure isn’t a disclosure if it’s made where no one can see it and if it's ambiguous about exactly what is being disclosed. But even more than this, it’s a short, sharp reminder (some clearly need it!) that there’s very little wriggle room.

As CAP’s Influencer Guidance makes pretty clear, the only hashtag that’s sure to give the ASA a warm fuzzy glow of its own is #ad and this has to be slapped on the post like, well, you get the picture.

We noted that Ms Buckland believed that the inclusion of the term “brand ambassador” in her bio made clear that some of her posts were marketing communications. However, we considered that her bio was unlikely to be seen by Instagram users at the point they were viewing individual advertising posts 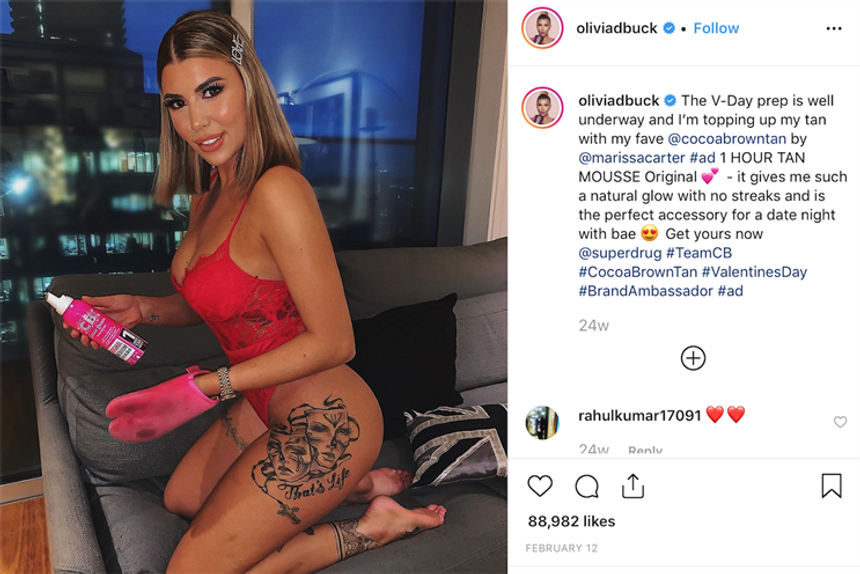