While it doubtless has good intentions, the ASA has seemingly let its keenness to enforce the new rules on harmful gender stereotypes override its common sense in this first batch of rulings.

The issue here is that the ASA is approaching this concept of ‘harm’ in a very broad and loose way, and in my view a disproportionate way.

Stereotypes are used all the time in advertising. Ads have to convey a message in a very short space of time so can’t spend too much time ‘setting a scene’. There are many outdated stereotypes which most people would agree rise to the level of ‘causing serious or widespread offence’, or could be considered ‘socially irresponsible’, and should be banned.

Indeed, the watermark for what is and isn’t acceptable keeps moving, and that is perfectly natural as societal norms develop and evolve.

However, if the ASA thinks that part of an ad - whether it’s the main narrative or one element of it - is ‘harmful’ in a broad, indirect and undefinable way, they can ban an advertisement on that basis.

This not only has the potential to disrupt multi million pound global campaigns which have been running without anyone batting an eyelid for many years, but it also means that advertisers and creative agencies are having to second guess themselves to the point where the creative process is being seriously affected.

I do wonder whether, if the ASA had surveyed the public (or advertisers, trade bodies, ad agencies or lawyers) about these three ads they would have agreed with the overall approach of the ASA, which is that:

a)  the VW ad and the Philadelphia ad contained gender stereotypes so harmful that they must never be shown again in the UK in their current form; and

b)  the Buxton ad, when applying the same measure and standard, did not contain a harmful gender stereotype.

What was meant to be a liberal and progressive change in approach to offensive and socially irresponsible gender stereotyping has become something that looks very loose, inconsistent and unpredictable, and actually quite illiberal.

The challenge is that the ASA is now actively looking for a perceived harm in the broadest sense, rather than applying an objective, predictable standard, and this is causing real challenges for those in the industry, who are now having to second guess themselves.

I advise advertising agencies and brands every day, and work to encourage better representation of LGBTQ+ individuals, relationships and families in advertising. I find that encouragement is a great method. Banning and insisting on virtue signalling is not.

It is concerning to see the ASA take on the role of the Morality Police in this way, especially when I would argue they are not applying their power to  ban adverts, in a proportionate and consistent way.

As it stands the ASA’s definition of ‘harm’ is unworkable, and urgently needs to be clarified.

Moving forward, I hope that these advertisers seek an independent review of the latest decisions and that the ASA takes on board all of the public and the industry's concerns.

Clearcast, the body responsible for vetting ads before they are broadcast, also expressed its frustration at the decisions. “We are naturally disappointed,” it said. “The ASA’s interpretation of the ads against the new rule and guidance goes further than we anticipated and has implications for a wide range of ads.” 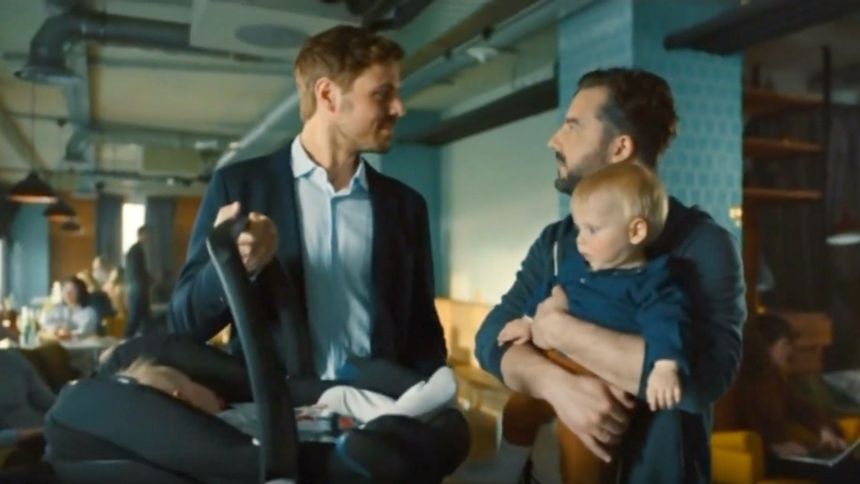 No more bumbling dads or mums tied to the kitchen sink ... https://t.co/BNi02UeVfa

Tougher crypto regulation in the UK is imminent
Geraint Lloyd-Taylor

Body image in the spotlight once again (or not)
Lizzie Burton, Helen Hart