In a bold move for a media outlet struggling to make ends meet, The Guardian newspaper has announced that it will no longer accept advertising from "any business primarily involved in extracting fossil fuels, including many of the world’s largest polluters."

This is virtue signalling on a grand scale. Although not so grand as to apply to car manufacturers. Or holiday companies. Or companies that sell meat products. And given that The Guardian is not exactly the first choice on the media schedule of most oil and gas companies, it might actually be virtue signalling on the scale of tokenism.

In their statement, The Guardian quote the complaint of environment campaigners that the energy companies use expensive advertising campaigns to “green wash” their businesses, emphasizing small scale investments in renewables but continuing to pocket their filthy lucre from extracting fossil fuels. Similar objections are raised about the sponsorship of the arts organisations like the Royal Shakespeare Company by companies like BP. The campaign groups would prefer the news media to reject such advertising, treating it like tobacco advertising and banning it completely from their publications.

These campaigners are, of course, cock-a-hoop that their newspaper of choice has made this move. The Guardian quote Mel Evans, senior climate campaigner for Greenpeace UK, who equates Big Energy with Big Tobacco.

But is this the right response? Apart from anything else, The Guardian is one of the few serious news outlets that is not behind a pay-wall and one of the few that provides a left of centre perspective on the news. Even if you don't read it, it serves an important role in what's left of the democratic process in the UK. So its financial health is important, not least so that it can continue to call out Big Oil and cover the climate crisis generally.

As for the "green wash" accusation, that's why we have the Advertising Standards Authority. Greenpeace and other campaigning bodies have adroitly used ASA complaints over the years as a means to criticise the oil and gas companies. These investigations provide a great platform for communicating their concerns, but without those ads, that opportunity is lost.

As for equating advertising by the oil and gas companies with advertising by Big Tobacco, that seems rather overblown. Nothing good comes from tobacco. Nothing apart from tax revenues, anyway. But for all the problems associated with the climate emergency, we all need the oil and gas companies to provide us with the energy to heat our homes, schools and hospitals, as  well as drive our cars, ambulances and fire engines - at least for the time being. And whether we like them or not, these companies are likely to be part of the solution to the climate change crisis because they have the money and the expertise to come up with new sources of green energy.

Finally, there is the question of free speech. Of course that is subject to limitations and conditions, not least compliance with advertising laws and regulations. But to single out one type of polluter while continuing to take the money of all the rest smacks of double standards. And "no-platforming" the big fossil fuels companies - rather than holding them to a high standard for truth in advertising - is unlikely to result in anything constructive.

This will probably be a popular move with The Guardian's core readership, but is it actually going to achieve anything positive?

Advertising can be a force for good in a modern capitalist democracy, driving innovation as well as research and development. Eternal vigilance is requied to keep advertisers honest, but to shut them down completely risks stifling the investment, innovation and R&D that we all need in order to meet the climage emergency.

"Oil and gas firms now find themselves alongside tobacco companies as businesses that threaten the health and wellbeing of everyone on this planet." Mel Evans, senior climate campaigner for Greenpeace UK. 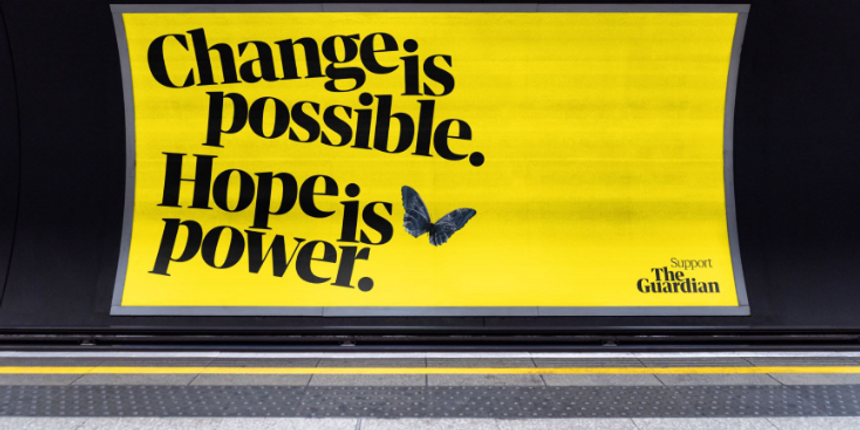