For many years now, one of ITV's biggest money spinners has been the competitions that form part of many of its shows. From coverage of live sports events, through reality TV shows like the X Factor, to entertainment and magazine shows such as This Morning and Loose Women - all the shows we've learned to love during lock down - many ITV shows include a competition. Typically, entry is made fast and easy by the use of £2 text message, phone or online entry.  But legally, to avoid the onerous grip of the Gambling Act 2005, a free entry route is also made available by post. In order to be legally effective, however, the chances of winning should be the same, regardless of whether you enter by paying for a text, which generates revenue for ITV as the promoter of the competition, or whether you simply pay the Royal Mail for a second class stamp to enter by post.

And at this point, let's pause for a moment for an entirely free quiz of our own: How much is a second class stamp for a letter weighing up to and including 100g? No, me neither. Turns out its 65 pence! Yes! 65 pence! For that much, I'd expect my letter to be hand delivered on a silver platter by a liveried footman having been chauffeur driven to ITV HQ in a Rolls Royce accompanied by armed motorcycle outriders. And that's nothing compared to a first class stamp, which is 76 pence - a price that could only be justified if the missive were delivered by The Milk Tray Man himself! After all, he's going to be looking for a new job once the ban on HFSS advertising before 9 p.m. comes in, so he might as well re-train as a postie.

Anyway, I digress. Apparently, during a routine audit process ITV spotted that postal entries had been excluded from the draw for a winner in relation to one competition. They then conducted some further investigations, as a result of which they discovered the problem had occurred on another 5 occasions. Laudably, they did the right thing by self-reporting to Ofcom, asking for all 6 offences to be taken into consideration.

Unfortunately, I cannot find any press releases about this issue on either the ITV or the Ofcom websites (although the BBC give it plenty of attention....) and none of the media coverage explains why this is a legal issue. In my view, the failure to properly administer the Alternative Free Entry Route would mean that the competitions were unlicensed lotteries, assuming that success did not depend to a significant degree on the exercise of skill and judgement. They were therefore in breach of the Gambling Act 2005. Telling viewers that they could enter for free by post when in fact their entries would not count is also likely to be a misleading commercial practice, contrary to the Consumer Protection Regulations 2008.

The facts in this instance are reminiscent of a case from all the way back in 1996 called Telemillion, which was decided under the legislation that preceded the Gambling Act 2005, being the Lotteries and Amusements Act 1976. In that case, the promoter was Interactive Telephone Service, chaired by Tim Renton, a former Conservative arts minister and chief whip. Mr Renton and his colleagues had taken advice from a QC to the effect that they could charge people to enter their lottery to win a prize of up to £250,000 using a premium rate phone number, provided that they also offered a No Purchase Necessary (NPN) alternative free entry route. The problem for Mr Renton and his colleagues was that according to guidance issued by the Crown Prosecution Service an NPN had to be a "genuine, realistic and unlimited alternative to entry with purchase". If memory serves me correctly, in Telemillion  the NPN route was used by only 0.0187% case of entrants, most of whom preferred the vastly more convenient and heavily promoted premium rate telephone service. The issue was that although ads for Telemillion included references to the NPN, the text used was so small that it was barely legible. The tiny percentage of NPN users persuaded the court that it was not ‘genuine’ as required by the CPS.

The sentence in the Telemillion prosecution was criticised at the time because although it was shut down after the prosecution, and Mr Renton and others undoubtedly suffered reputational damage, once they'd paid their fine, the prosecution costs and their own defence costs, they were probably still in profit.  Of course, nobody went to jail, but at least that spared us the usual false jollity of the disgraced Tory grandee on his way to prison declaring that a spell inside would be no problem for a man who spent 5 years as a boarder at Eton (no kidding!).  Anyway, a far worse fate awaited Mr Renton. The following year, after a decent interval, he was ennobled in the dissolution honours list of 1997 and kicked upstairs to the House of Lords as Baron Renton of Mount Harry. (This was before anyone had heard of Meghan Markle, obviously.)

So, it will be interesting to see what happens in this instance and ITV should be given some credit for three things. First, self-reporting to Ofcom. Second, the fact that so few competitions were affected. And third, that given a second class stamp is so ludicrously expensive and a nuisance to buy, almost everybody prefers the infinitely more convenient and only marginally more expensive expedient of entry by text.

On the other hand, breaching the Gambling Act is not be taken lightly and as a licensed broadcaster, ITV is expected to achieve high standards of regulatory compliance.  It's also not the first time that ITV has been in trouble for compliance issues in relation to its competitions. Although Ofcom may be mindful of the need not to kick ITV when its down, given the impact of Covid-19 on advertising revenues, I wouldn't bet on ITV getting away with a slap on the wrists this time.

Anyone want to place a little wager on the size of the ultimate fine? We're opening a book..... 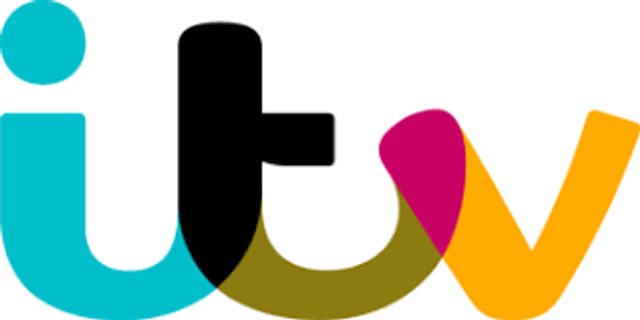