The ASA has issued an upheld ruling against the promoter of a prize promotion offering the chance to win a house.

We’ve seen many such promotions come under fire from the ASA in the past (see here), usually because there’s some aspect of the promotion that’s misleading, but sometimes because the house hasn’t even been awarded - indeed you could probably assemble a modest cul-de-sac with these…

It’s important to remember that when running promotions with an entry fee and potentially life-changing prizes involved, the ASA will expect promoters to be absolutely crystal clear about every aspect of how the promotion will operate, as the potential for disappointment is huge. Promoters who stray onto the wrong side of the line are not going to get the benefit of the doubt.

So what happened here?

The promoter (Omaze Inc) offered a prize draw to win a house (as well as other significant prizes such as a Tesla car). The entry page offered both “postal entry” and “online entry” options. The online entry option listed out a range of “ticket bundles” that came at different prices.

The sharp-eyed will of course say, “hold on, you can’t charge an entry fee for a random prize draw - that’s a lottery.” The answer is that you can, in principle, if you offer a free entry route alongside the paid route (the Gambling Act 2005 specifically allows this).

And this is exactly what Omaze did. The postal entry route was in fact a free entry route. Just send your details in by post and, for the price of a stamp, you have the same chance of winning as the paying punters (fools…!).

The CAP Code says that “free entry routes must be explained clearly and prominently”. CAP guidance further states that “Entry routes which incur a minimum, unavoidable cost of entering are still likely to be considered free entry routes providing there is no additional cost”. They give standard postage and telephone rates as examples, as well as entry by email or via a website. Premium rate numbers and premium postal services (e.g. special delivery) are definitely not acceptable.

Here, there was actually nothing wrong with Omaze’s free entry route in principle. It only required a stamp. The problem was that they hadn’t explained the route clearly and prominently.

First, in their defence: they said the postal route was listed prominently above the paid routes. Details were one click away from the landing page and not hidden in the T&Cs. They used the same font and size to present the links to both free and paid routes. They received a reasonably high number of free entries - 3,969 in fact - so it must have been reasonably prominent.

Unfortunately for Omaze, the ASA was not amazed by this explanation.

The ASA didn’t like the fact that the link to the paid route had been embellished with ticket graphics and a pink box, which gave it more prominence than the postal entry link. They also noted that the paid entry route was accompanied with more information about that route, such as ticket prices, whereas you had to click a link to get more info on the postal route. Only then did you find out that “postal entry” meant “free entry”.

Interestingly, the ASA didn’t give much weight to the fact that Omaze received nearly 4,000 free entries. It is usually helpful for a promoter to be able to demonstrate that a significant number of people actually took advantage of the free entry route, as it is clear empirical evidence of how visible that route is to the consumer. Admittedly,  we don’t know how many people actually used the free entry route over the paid route, but apparently 35% at least clicked on the option on the website.

Promoters should continue to treat free entry routes with caution and take advice on how they are implemented, especially when dealing with high-value prizes. It is vital to make sure the free entry route is as prominent as the paid entry route - and this applies to the way it is presented graphically as well as to the amount of supporting information given.

Once again, this case also highlights the contradiction of the free entry route. In too many cases, it is there purely as an attempt to legitimise the mechanic and prevent the promotion from falling within the scope of a lottery under the Gambling Act 2005. The promoter doesn’t really want you to use it and, if everyone were to do so, this would make the promotion economically unviable. So the natural tendency is to tilt the light towards that paid route just ever so slightly - until, as in this case, it falls over.

... we considered information about the free-entry route was not explained clearly and prominently, and therefore concluded that the ad was misleading and breached the Code 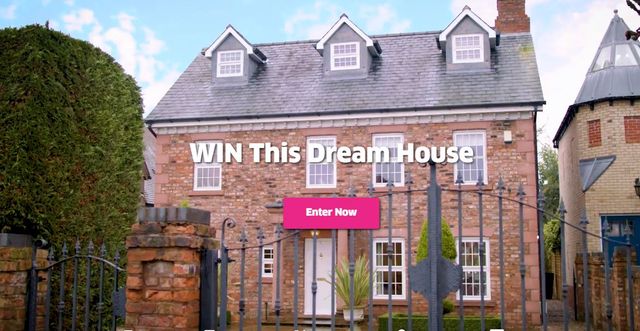