In a ruling that illustrates many of the pitfalls that can arise with a promotion or brand activation, the ASA has upheld complaints about a prize draw carried out by the influencer Molly-Mae Hague (MMH).  (Incidentally, it’s her second strike from the ASA, having received another upheld way back in… January.)

Section 8 of the CAP Code includes detailed rules on carrying out prize draws and other promotions fairly and lawfully, and it takes careful planning to ensure that you comply with them.  In particular, promoters must ensure that prizes are awarded in accordance with the laws of chance and, unless winners are selected by a computer process that produced verifiably random results, by an independent person or under the supervision of an independent person.  More generally, when you are running a prize promotion, you need to take reasonable steps to estimate demand accurately.

An Instagram post by MMH promoted a prize draw to give away £8,000 worth of luxury gifts.  They were bought by MMH and she said that she was not affiliated with the brands and that it was not a paid partnership.

The ASA received 12 complaints from people who believed that not all entrants were included in the ‘final draw’ and so did not have an equal chance of winning.  They challenged whether the prize was awarded in accordance with the laws of chance and whether the promotion was administered fairly.

It’s not a prize draw!

The first argument in MMH’s defence (and a somewhat misguided one) was that the post did not provide an incentive to engage with a brand or a product and so it was not a promotion and did not fall under the scope of the CAP Code. The ASA didn’t waste much time on this assertion – this was plainly a prize draw. People were invited to enter a random draw to win a prize.

MMH argued that she had complied with the requirements around the random selection of winners.  She said she had instructed a member of her management team to pick a shortlist of 100 participants out of a hat at random, all under the watchful eye of an independent person.  We don’t know who the independent person was or if they were truly independent.  Often promoters can find it difficult to comply with the requirement to have an independent person involved in winner selection – they can’t be an employee of the promoter or the promotion administrator, so who should they be?  However, the ASA expects all this to be sorted out well in advance.

One way to avoid the need for an independent person is to use a computer process that produces verifiably random results.  This is the most common approach, but again it takes advance planning to put this mechanism in place and to make sure entries can be fed easily into the system.  This is where it seems the problem started in this case.

MMH said the high number of entrants (over three million) prohibited the use of computer software – the ASA disagreed with this.  We don’t know for sure, but it seems possible that it was just left too late in the process to integrate the computer software. So rather than do that, a shortlist of 100 participants were selected and then manually checked to verify that they had met all competition requirements.  If they had not, they were replaced.  From the shortlist, the profiles were assigned a number and the independent person used a Google number picker to choose the winner.  MMH said she did not have any part in the process and that the independent person who oversaw the selection of a winner was not from the management team, the brand or in any way connected to the promotion.

Unsurprisingly, this argument left the ASA with little choice but to find MMH in breach of the rules.  MMH had chosen not to use computer software for the initial selection and the ASA said that, on the evidence, the full competition requirements had only been applied to the selected group of 100 entries (when it should have applied to all three million).  There was no evidence to show that the shortlisted participants were chosen randomly or that the eventual prize winner had been selected randomly using computer software.  Neither had it seen evidence that the prize was awarded in accordance with the laws of chance and by an independent person or under the supervision of an independent person.

MMH said the response to the promotion was overwhelming and unexpected. She believed she had dealt with it in the best possible way, considering how many people had entered.

It is difficult to sympathise here.  MMH had over five million followers and was offering a chance to win over £8,000 of high-end loot.  Indeed, the ASA considered that a prize draw of this value was likely to receive a high level of response among that audience, and that should (and frankly could easily) have been anticipated.  It said that it had not seen evidence to show how the likely response to the promotion had been estimated or how MMH had planned to administer it.

The importance of planning

The ruling illustrates the importance of estimating demand for a promotion and being able to cope with the numbers of entrants. It also shows that, as well as having a fair process in place for selecting winners, the process must also be auditable.  MMH said that she had had a fair process in place, but the ASA was not convinced by the evidence it received.

In addition, it goes without saying that promotions of this type, where an influencer runs their own giveaway, will fall within the scope of the CAP Code.  As well as the rules in the CAP Code itself, the ASA has issued guidance on how to select winners fairly, about independent judges and on estimating demand, which provide useful advice for brands and marketing agencies.  None of it is rocket science, but failing to think these issues through carefully in advance can mean that when things go wrong, it’s not a question of how to put it right, but rather about compromise and damage limitation – and an inevitable upheld ruling from the ASA.

(We’ve written about the rise of influencer giveaways on Instagram in the past - see here.) 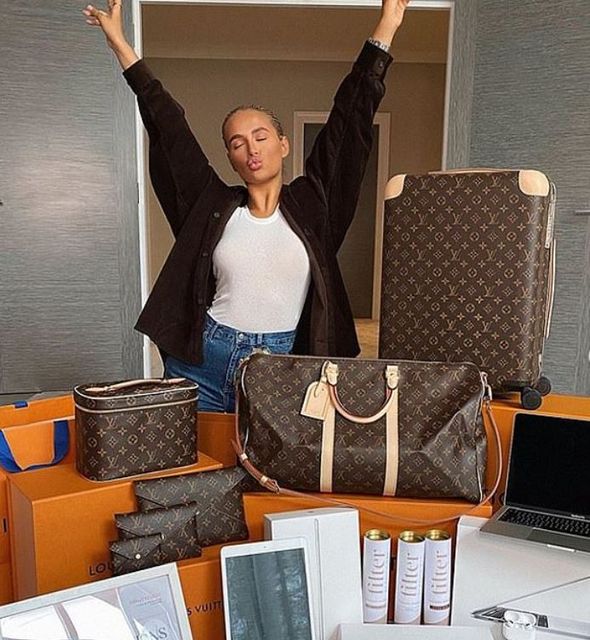