This week, the Advertising Standards Authority banned yet another ad for a financial product which falsely claimed to be endorsed by Martin Lewis, the famous financial journalist and founder of the Money Saving Expert website. This time, it was for an equity release website, trading as equityreleaseplus.co.uk.

The ASA picked up the issue as a result of its' own monitoring, having spotted a paid-for ad on www.msn.com for the equityreleaseplus.co.uk website with the text “Martin Lewis Equity Release Calculator - Release Cash From Your Home”. Mr Lewis has made clear on numerous occasions that he "does not do ads", so the ASA wrote to "Persons Unknown" via the website to raise its' concern that the reference to Mr Lewis was misleading. Given the alacrity with which Mr Persons Unknown (how do I know his gender? I'll come back to that......) was willing claim a false endorsement by Mr Lewis, it should come as no surprise that Mr Unknown has no regard for the system of advertising self regulation and duly ignored the ASA. Result? The ASA upheld the 'complaint', not only on the grounds of the misleading reference to Mr Lewis, but also on the grounds of Mr Unknown's unreasonable delay in responding to their enquiry.

Mr Lewis was on the radio recently, talking about the long-standing problem of dodgy financial services companies claiming to have a connection with him, when in fact he eschews all third-party endorsements. In April 2018, he commenced legal proceedings against Facebook concerning ads on their platform which used his name and image without permission. The case was subsequently settled in 2019, when Facebook agreed to donate £3 million to Citizens Advice Scams Action (CASA), a charity that provides support to victims of fraud and raises awareness of false digital ads.

Then in June 2020, working in collaboration with the Internet Advertising Bureau, the ASA launched a tool to facilitate reporting of scam online ads in paid-for space, including on newspaper websites, in paid-for search engine ads and on social media. The ASA cited examples, such as fake celebrity news and false celebrity endorsements, particularly for financial products, such as Bitcoin. Following receipt of a report, the ASA will send details of the scam ad to the advertising platforms and publishers, who should then remove the ad and suspend the account, provided they can locate the ad. Platforms can also put the ad on block-lists, to stop their subsequent publication.

Job done! Well not, quite. As Mr Lewis commented last June, "...it's these on-ad reporting buttons on Facebook and elsewhere that really allow the 'social policing' necessary to combat the criminals who do this. Yet if people do report on the ad itself, these won't automatically be shared with the ASA at the moment. Scammers are swift and clever. When you try to stop an ad, it becomes a game of whack-a-mole – as soon as it's taken down, they resurface it in a slightly different variant and the whole dance starts again. That means the reporting process needs to be seamless and pacey. But under this new system we're effectively asking consumers to report it twice, on the ad and to the ASA. What we really need is a single, recognised, uniform reporting button on every online ad, that both notifies that platform, and if there is a sufficient volume of reports, notifies the ASA which can disseminate the information across the board."

But as mentioned above, the identity of Mr P. Unknown may not be such a mystery after all. While there are no company details on the website, there is a Data Protection Registration number. A quick search of the Information Commissioner's Office Register reveals that the Data Controller is none other than Mr Domantas Valiunas, of the same address in Nottingham as the one on the website, and whose 'other names' include 'Sakura Leads'.

The ASA has been increasingly adept at working with other regulators in recent years, as we have reported on this blog. So perhaps the ASA could notify the ICO about the false advertising being used by the website, and the ICO could then consider what action might be appropriate? If consumers, who are also data subjects, are providing their personal data to the website to make an enquiry about equity release on the basis of a fraudulent claim of an endorsement by Mr Lewis, then is that Data Controller obtaining their personal data fairly? If not, then unlike the ASA, the ICO has the power to impose hefty fines.

It may not be the swift, one-stop solution favoured by Mr Lewis, but a significant fine from the ICO might be a way to stop the game of whack-a-mole and discourage other scammers.

The ad must not appear again in its current form. We told Person(s) unknown t/a equityreleaseplus.co.uk to ensure they did not imply their service was associated with Martin Lewis or any specific individual unless that was the case. 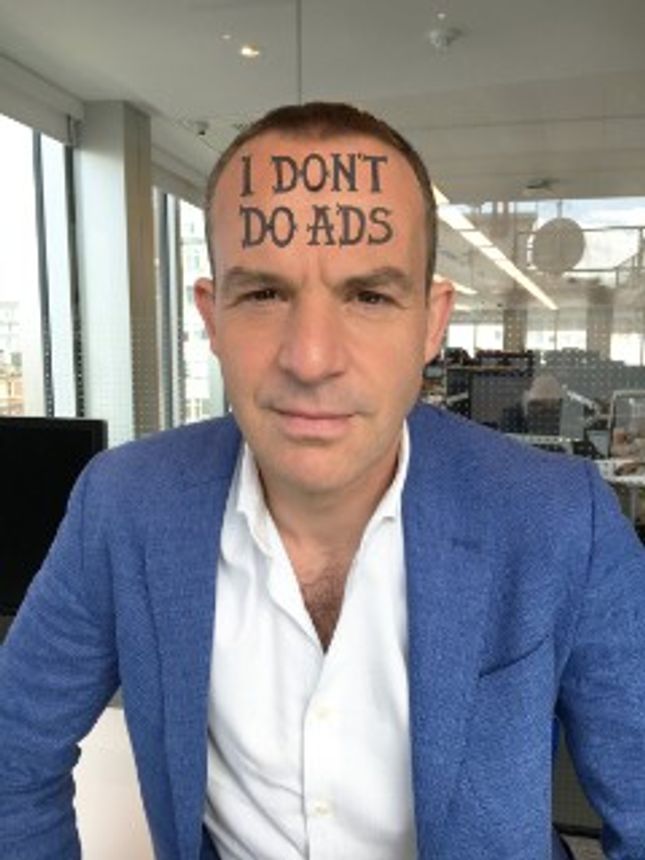