Is it Wednesday again? It must be - the ASA has just issued an upheld ruling against an influencer for failing to include appropriate advertising disclosures on Instagram.

This week’s star under the spotlight is former Ex-on-the-Beacher Chet Johnson. He posted two stories encouraging his followers to head over to the website of North Wests Competitions to pick up a ticket to enter their various "live" competitions.

In this case, Chet Johnson did label his stories with the disclosure “AD”, but the ASA felt the label was so small that it might as well not have been there at all. Ultimately, the post wasn’t obviously identifiable as an ad.

It’s always tempting to minimise a disclosure or hide it away - it pours a cold bucket of sick over the otherwise organic look and feel of the post. But of course that’s the whole point. Only last month, the ASA published its latest monitoring study highlighting the many shades of non-compliance by influencers in their posts - we’ve seen inconsistent disclosures, incorrect disclosures, unclear disclosures, hidden disclosures, you name it.

It’s a well-trodden path. We’ve commented on this most recently here, but to paraphrase: the ASA is on the warpath and taking no prisoners on this issue.

We don’t know much about North Wests Competitions, the promotions they run or what their relationship is with Chet Johnson, mainly because they didn’t bother to respond to the ASA’s enquiries (earning an insta-upheld for the unreasonable delay). Chet Johnson didn’t add much colour either, save to say that he would ensure his future marketing communications on social media were clearly and prominently labelled.

So with a “no show” and a “mea culpa”, the ASA didn’t waste any time (or many words) in upholding the complaint.

The fact that North Wests Competitions didn’t even respond to the ASA gives some indication of what they think of the ASA, the ad codes and probably, therefore, the upheld ruling. Of course, by remaining silent they also place even greater focus on the influencer, rather than perhaps more fairly sharing the blame. In these sorts of cases, the talent will often be more familiar to the public than the promoter and so, to the extent that this case gets any coverage in the media, it is likely to be Chet Johnson who is the “face” of the story and the messenger who gets the blame.

Likewise, the ASA’s focus is also on the influencers at the moment - they are, after all, the mouthpiece - and it remains to be seen whether the increased attention and recent rounds of upheld rulings make a difference.

But what about the brands that are paying these influencers and failing to ensure their posts are compliant - and in this case, failing even to provide a response? The problem, as ever, is that the ASA has limited powers to sanction either party, other than to generate negative publicity.

They can’t force a response or punish the lack of one with a fine, so the outcome for North Wests Competitions is the same either way. And whilst negative publicity does matter for big brands that care what people think of them, for smaller, more obscure operators that don't seem to care if their credibility "goes South", perhaps not so much.

Things might be about to change, however, as a new Parliamentary Inquiry into influencers is under way, which might shake things up for this sector. 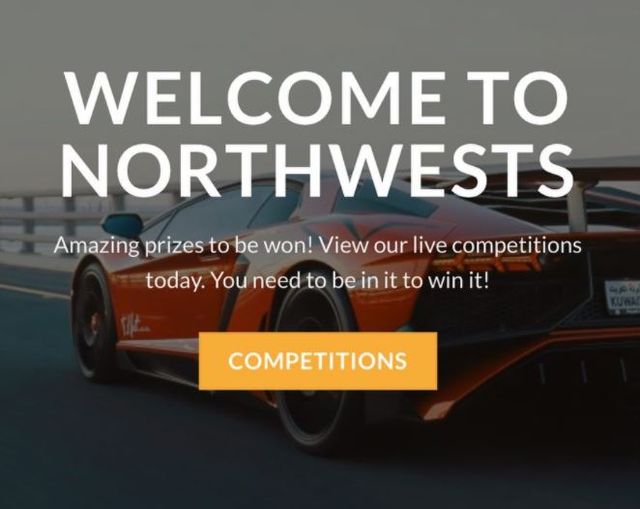