The first person I saw being quoted in an article about the John Lewis insurance ad - in a seemingly reputable online newspaper - was an obvious conspiracy theorist. The kind of person whose feed is peppered with anti-vaccine posts, and reposts of articles that are ‘no longer available’.

However, this ad pushed the buttons of so many people it was quite difficult to keep up with who was offended as the ‘debates’ played out.

People who believe little boys shouldn't be allowed to play dressing-up and dance around the house. People who think the ad showcased male privilege, because the young boy was trashing the house while characters we assume were his sister and mum looked on… obviously. Through to people who thought it was pushing a sexualising agenda because he was dancing and throwing glitter and wearing roughly applied makeup, instead of playing with toy soldiers outside with his male mates.

The tiresome and meaningless tropes were reeled out: It was too woke. It wasn’t woke enough. Ad nauseam.

Nevertheless, it’s all grist for the mill in the coverage of the ad, because why have a reasoned debate when you can quote random social media users and claim with a straight face that someone else is pushing an agenda.

So, I’m not going to join in with that… probably.

Instead, I just want to reflect on my own personal reaction to the ad.

For my ten pence: I though it was fun, frivolous and broke a taboo about showing boys playing dress up, so was bound to attract complaints from certain quarters. I assume John Lewis didn’t expect complaints from BOTH ends of the woke-o-meter spectrum, but doesn’t everything nowadays?

To me, as a gay person who grew up in rural north Wales in the 80s and 90s, with a sister and lots of female cousins, this 60 second ad spoke to me. It shows how far we have come as a society. To me, it’s another high water mark - in a good way.

It would have provided a degree of amusement and comfort to me as a little boy to see this on the TV. In my day, sonny, we only had two* TV channels that actually carried ads, and no way to fast-forward through the ad break.  (*ITV and S4C - I’m discounting Channel 5 because it came along in 1997 and for several years was too grainy to watch). And there was no internet or mobile phone to scroll through while you wait for the programme to restart.

I wasn’t the kind of confident extrovert I see strutting around in the ad, but when I wasn’t playing with toy cars and pretending to be Superman, I was dressing up in all sorts and playing with My Little Ponies! I suspect many more of us were doing so than have previously admitted it - regardless of sexuality and gender identity.

So, to me, the faux furore (faux-rore to coin a phrase - you heard it here first!) around this ad is just fatiguing.

Keep in mind that for every ONE television ad that represents what some regard as an ‘alternative lifestyle’ (don’t get me started on that phrase), there have been THOUSANDS of ads that toe the line and conform with, and dare I say reinforce, the usual stereotypes that many of us have found suffocating.

You might not have noticed these stereotypes in the past because we have been swimming in a sea of them for years.

So, what’s so wrong or so threatening about the occasional ad that speaks to someone different from you?

It isn’t just films and TV shows that hold a mirror up to society nowadays, ads do too. It’s just that when an advert does this, so unexpectedly, as we're getting up to put the kettle on or scrabbling around for the remote, I like to imagine that some people catch a glimpse of their own prejudices in those fleeting moments. Instead of letting a thought percolate though, it's easier to offload it in a quick social media post and sit back to count the likes and comments. After all, why reflect and contemplate when you can add fuel to the faux-rore?

At the risk of pushing my own 'agenda' (too late!), this debate hits on a bigger and more important point. To maintain the hard won societal freedoms for which we have all been striving for many decades, we have to respect everyone's right to express their views and to create ads and content that don't conform to tired old stereotypes, but we can’t let these debates get shouted down by the extreme left or extreme right (or extreme ‘woke’ and extreme ‘anti-woke’, as they are being framed more recently). 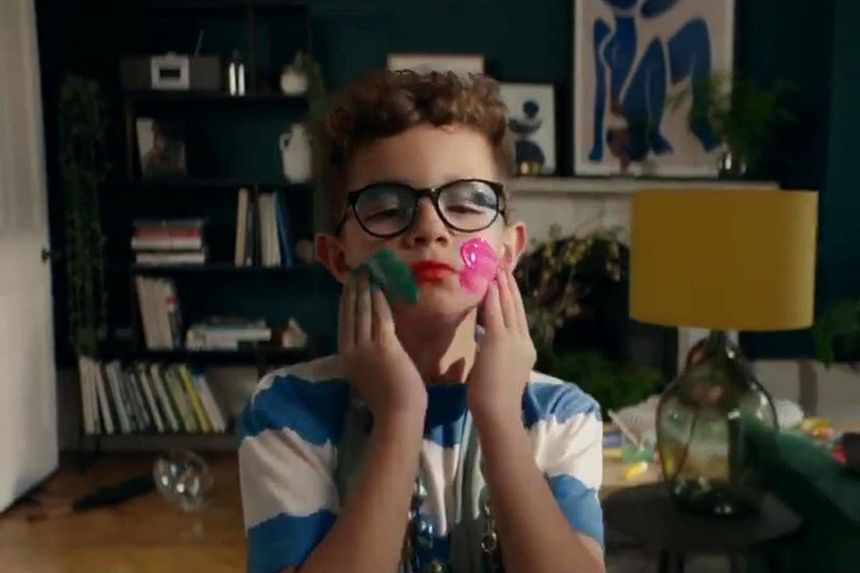