The ASA set its sights on socially irresponsible and offensive for ads by the games industry this week.

There were three separate rulings targeting advertisers in this sector, each concerning socially irresponsible ads. The ASA were certainly not playing games (and rightly so!) - they upheld all of them.

I have included summaries below, but click on the links for the full rulings:

A paid-for Twitter ad for Oasis Games’ “Refantasia: Charm and Conquer” @refantasia_game, seen on 11 July 2022, featured the caption “Ah! Master! I kept wondering when I would see my master again! And here you are!”. An anime/manga-style image underneath featured a young woman in a cage. She was knelt facing away from the viewer, looking back over her shoulder. She wore shorts and a vest-top, both torn, and had a long, bushy tail and rabbit-like ears. She had metal shackles on her wrists and ankles. Large text on the image stated “YOU LITTLE GIRL I won’t let you run away again”.

The complainant, who believed the ad was sexist, objectified women and portrayed someone who seemed to be under 18 in a sexual way, challenged whether the ad was irresponsible, offensive and harmful.

The complaint was UPHELD for being socially irresponsible and being likely to cause serious or widespread offence, including featuring harmful gender stereotypes by objectifying and sexualizing women, and and representing someone who seemed to be under 18 years of age in a sexual way.

An in-app ad for the mobile app game Legend City, seen in the Airline Commander: Flight Game app on 27 July 2022. The ad opened with a still image of the pornographic actress Mia Malkova, wearing an off-the-shoulder blouse and leather trousers, looking over her shoulder at the camera in a suggestive manner. To the right of the image were four boxes, two of which contained silhouette images of a woman’s body in sexually suggestive poses and two had padlock symbols in them. On-screen text stated, “LEGEND CITY … Featured [sic] Mia Malkova”.

As the video progressed, on-screen animations depicted a cartoon hand “liking” the main image by tapping a meter to the right of the screen. As the “likes” increased, the meter built up from “min” to “max”, and animations stating “LIKE+1” appeared on the screen. When the meter reached a certain level, the remaining boxes to the right of the screen “unlocked”, revealing further sexually suggestive silhouette images.

The video then depicted a further still image of Ms Malkova, dressed in a revealing cowgirl outfit, as on-screen animations showed money and fireworks floating around her. On-screen text stated, “1ST ANNIVERSARY”, along with links to download the game in the Apple App Store and Google Play. A final still image included another link to the game. Text stated, “Legend City … Limited Log In Gift Packs … Be my man and I will show you the best!”, with a box beneath this wording containing the text “GET”.

A complainant believed the ad was overly sexualised and objectified women, and challenged whether the ad was offensive and irresponsible.

The ASA UPHELD the complaint - and found the ad was socially irresponsible and likely to cause causing serious or widespread offence, including by featuring a harmful gender stereotype by objectifying and sexualising women.

A paid-for Twitter ad, from “King’s Throne: Game of Conquest” @playKingsThrone for the King’s Throne: Royal Delights app, seen on 29 July 2022, featured an animation of two women wearing lingerie standing next to missing letter quizzes. One quiz displayed the letters “D_CK”, with the letters “O”, “U”, “I” and “E” underneath, and a hand hovering over the letters to select one. In another the quiz displayed the letters “_I_S” and the options “TITS”, “RIVS”, “TIPS” and “LIPS” appeared underneath with a hand hovering over to select an answer.

One person complained as they believed the ad stereotyped, objectified and demeaned women, and challenged whether it was irresponsible, offensive and promoted harmful gender stereotypes.

The ASA agreed that it was, and UPHELD the complaint, ruling that the ad was socially irresponsible, and was likely to cause serious or widespread offence, including by featuring harmful gender stereotypes by objectifying women.

It's GAME OVER for these ads, and hese rulings send a clear message to the games industry that the types of misogynistic ads are not acceptable in the UK. 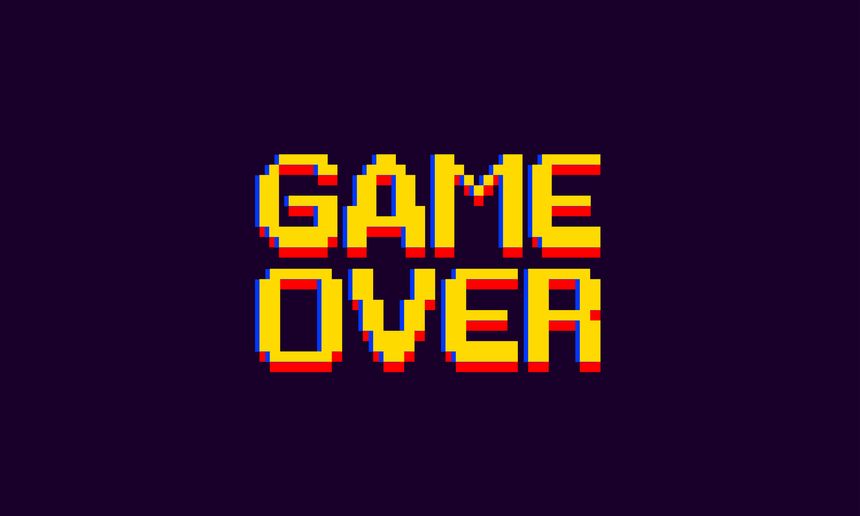