In 2019, the CMA carried out an investigation due to concerns that social media influencers were infringing consumer law (the Consumer Protection from Unfair Trading Regulations) by posting hidden advertising online. Subsequently, it conducted a review of how a variety of social media platforms tackle what the CMA and ASA call 'hidden advertising'.

Following that review, the CMA has now published six key compliance principles. It considers that social media platforms are more likely to comply with the requirements of consumer law and reduce the risk of future enforcement action if they implement these principles. However, it points out that ultimately only a court is able to decide whether a platform is breaking the law, and platforms should keep this under review as practices, technology and the law continue to develop. The CMA also recognises that each platform is different, and that platforms may develop ways of complying which are not specified in these principles.

So, what are the six principles?

The CMA has also updated its content creators and social media endorsements guidance.  It contains advice on how to label commercial content to comply with consumer protection law. The guidance covers issues such as disclosing gifts, own-brand relationships and the importance of upfront, prominent disclosures when posting reels, stories or other video content.

The CMA also points out that brands using content creators to advertise their products have a responsibility to be transparent with people and to make sure that advertising on social media platforms is properly labelled. It has published business responsibility and social media endorsements guidance which contains advice about how brands can comply with consumer protection law, and the steps brands should take to reduce the risk of hidden advertising, including ensuring content creators understand their legal obligations before posting.  Examples include if brands send creators a gift, or the parties enter into an agreement to publish content-based advertising.  Brands should check that published content is properly identified as advertising and otherwise take steps to rectify the content to accurately reflect the commercial relationship.

I completely agree that content that is paid for and controlled (and I mean really controlled) by a third party should be labelled as 'ad'. That IS an ad. You'll get no arguments from me. The regulators should hold influencers to account when they fail to use a disclosure in those circumstances.

But how do you identify all the other disparate and diverse types of commercial and pseudo-commercial pieces of content?  The regulators have reiterated that you can do it any way you like...  as long as you use either "ad" or "advert".

Does the average consumer already think it's BLINDINGLY OBVIOUS that the content is commercial in nature? Tough.

Does it include a prominent DISCOUNT CODE? Yeah, so it's obviously commercial in nature, right? WRONG. Consumers haven't got a clue... until you use the word 'ad' in there.

Does the post spell out the situation word for word? For example, "Thanks to X brand for inviting me to last night's lovely event, buying me dinner and plying me with free booze"? Tough - it has to say 'ad' otherwise how will anyone know...

So how do you distinguish between the former scenario and one where the influencer has been paid £10k to appear at the event for half an hour, had the post written for them word-for-word by a brand (including tags and hashtags), and told exactly what time to publish it? Good news, there's no need to! You label it in exactly the same way: ad.

Want to tell your fans and followers you've written a book or launched a product? Ad!

Been given a product for free so you can review it? Ad!

Does the average consumer agree that all these disparate types of content are best described by the word 'advert'? Probably not.

Can influencers distinguish between content where they have creative control and content where they don't, between a piece of content they've been paid to post and a throw away comment nine months after their brand ambassador relationship has ended (which they've published because they still have warm feelings towards the brand, even though they're no longer being paid for it and they have exclusive control over it)?  No.  Ad, Ad, Ad.

Does "ad" even mean anything any more...? Who cares? Not the CMA and probably not the ASA it seems.

The good news for you (and bad news for me) is you can save yourself a lot of money on legal fees, because you know what to do: just put #ad on EVERYTHING. I'll stick my out of office on and go sip some cocktails on a beach somewhere (though with the cost of living crisis I'll probably be in a caravan in rainy Abersoch for a week or two).

So the problem is solved, right...?  You can stick 'ad' on everything and forget about it.

Well, not quite. As you know, if you label everything as an ad it will mean that search engines will down-rank the content, and you'll need to ensure it complies with the CAP Code (even if it's not really an ad in any meaningful way), and engagement will drop off, and there are various other downsides too.  Not to mention that it's probably a bit misleading to label many of these types of content 'advert' when the average consumer is likely to think it's been bought and paid for (and controlled) by a third party, when that might not be the case.

I've made these arguments until I'm blue in the face, as have many others in the industry. It seems the regulators are not listening. They've 'ad enough.

And brands are on the hook, too, if influencers mess it up... so brands should take a close interest in posts that tag or identify them or to which they are in any way, even tenuously, commercially associated.

The latest guidance from the CMA is still 'hot off the press', but I hope this isn't the end of the story.

I don't want to live in a world where every piece of content on social media is labelled "ad", such that it's completely meaningless. And I don't think I'm alone in that.

Perhaps the regulators will come to realise one day that life is more complex, nuanced and interesting than that... we dare to dream! 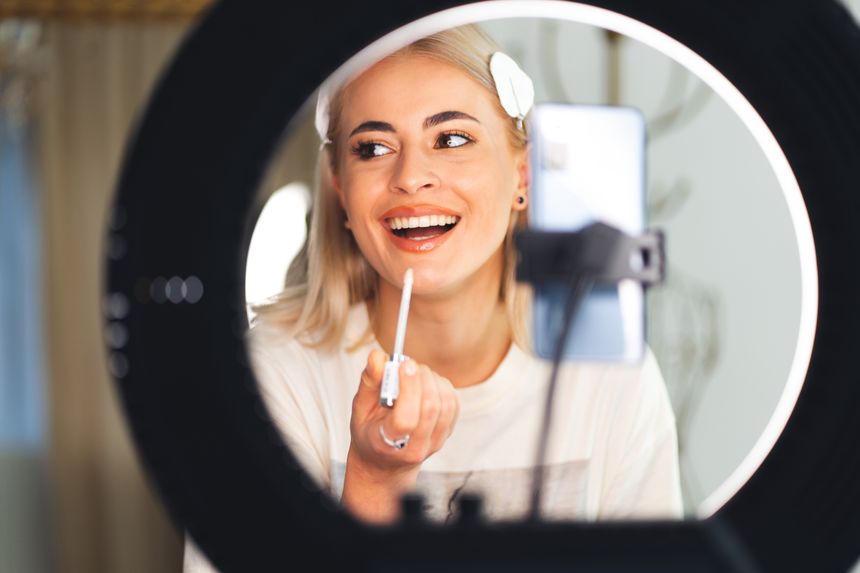