Poundland’s naughty elf Twitter and Facebook campaign, which contained a toy elf larking about in sexually suggestive poses and making rude double entendres, has been censured under rules 1.3 and 4.1 of the CAP Code, i.e. that the ads were socially irresponsible and offensive. The investigation was in response to a significant 85 complaints.

The campaign, which included the toy elf drawing crude breasts on a windscreen, having a bubble bath with two female dolls and offering free oral sex on a first-come-first-served basis was obviously going to breach the Code. Poundland tried to argue that under-13s could not access the ads as they are (technically) not able to access Twitter and Facebook, and that the ads did not target under-18s. It also said that a Twitter poll of the campaign resulted in 82% approving of the campaign.

Even its poll, which is a fairly novel way to try to head off a widespread offence complaint, did not offer overwhelming evidence that the campaign was not offensive. I doubt that it would have helped even if it had been 99% approval.

Poundland seem to be unrepentant; its marketing director told the BBC that they are proud of the campaign, which they say only cost £25.53.

It is not in the least surprising that this campaign resulted in an upheld complaint. It is hard to imagine how they could have pulled off the campaign without breaching the Code, even if they had done a better job at excluding minors from seeing the ads.

Brands do occasionally knowlingly or recklessly breach the Code, and this may be one of those instances. Who knows. It is a risky game to do so though as the PR consequences of an adverse ASA ruling do not always follow the any publicity is good publicity rule.

We therefore concluded the ads, which depicted the toy figures in a sexualised manner and appeared in an untargeted medium where they could be seen by children, were irresponsible and were likely to cause serious or widespread offence. 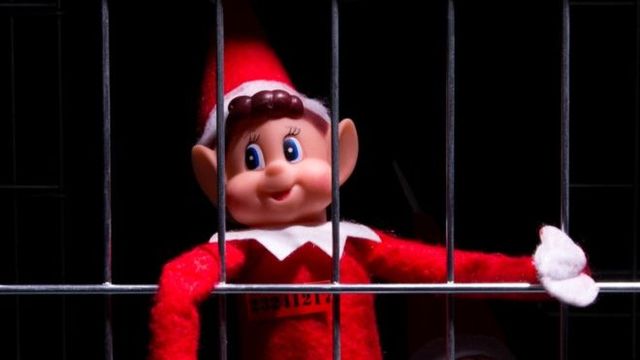 Poundland rapped over the knuckles by Advertising Standards for their #elfbehavingbad campaign, showing a toy elf playing strip poker & drawing breasts on a car in de-icer among other such, um, festive frolics.... https://t.co/JGK0iv2lJ3