The ASA has banned a vaping ad for giving consumers the misleading impression that it had been endorsed by Sir Mo Farah.

With all the restrictions on vaping ads, it’s hard enough to advertise vaping products as it is, so the ASA’s ruling comes as a bit of a blow for the advertiser, Diamond Mist.

Printed on the side of a bus (one of the few places you can actually advertise vaping), the letterbox shaped ad showed the eyes and eyebrows of a bald-headed man resembling Sir Mo, alongside a headline that read: “Mo’s mad for menthol”.

Three people who saw the ad complained that it misleadingly implied Sir Mo had endorsed the product. (You might think it follows from the complaints that the complainants themselves knew well enough that the product was not endorsed by Sir Mo and were therefore not mislead.) In any case, Sir Mo was pretty puffed up about this himself, promptly Tweeting to deny any connection with the product or its maker.

Diamond Mist argued that the name “Mo” was used because the campaign relied on alliteration, linking common names with their flavours, in this case menthol. They referred to other names used in the campaign, including "Claire", "Lucy" and "Wang". However, the ASA considered this to be a lot of smoke and mirrors and upheld on the basis that it mislead consumers. They upheld on rules 3.1 (Misleading advertising), 3.45 and 3.48 (Endorsements and testimonials).

What a drag for Diamond Mist!

Interestingly, Rule 6 of the CAP Code wasn’t mentioned by the ASA. This says:

“Marketers must not unfairly portray or refer to anyone in an adverse or offensive way unless that person has given the marketer written permission to allow it. Marketers are urged to obtain written permission before… referring to a person with a public profile;… or implying any personal approval of the advertised product; marketers should recognise that those who do not want to be associated with the product could have a legal claim.”

Clearly a high-profile elite athlete like Sir Mo isn’t going to be happy to have his name associated with a vaping product and might well consider such an association to be damaging to his personal brand. I wonder what Claire, Lucy and Wang think!

Now that the ASA have settled this issue of identification and misleadingness, perhaps Sir Mo would like to commence proceedings for passing off and/or defamation?

Overall, we considered that the ad was likely to give consumers the misleading impression that the product had been endorsed by Sir Mo Farah. We therefore concluded that the ad breached the Code. 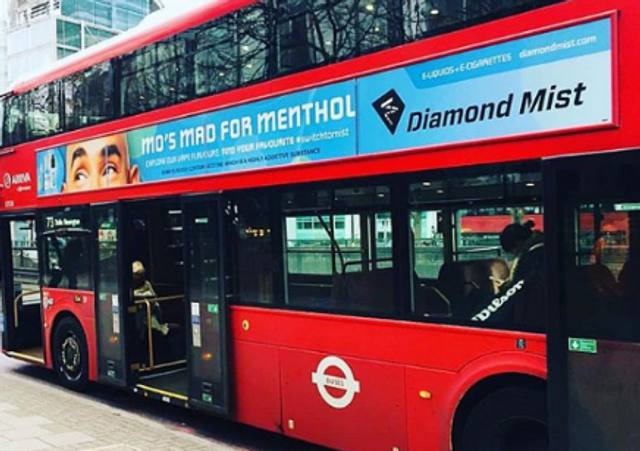