In the wake of the ban on advertising High in Fat, Salt and Sugar (HFSS) foods announced by TfL back in November 2018 (and discussed here) - but which takes effect from 5 February 2019 - Lewisham Borough Council have been awarded a grant of £10,000 to explore how best to introduce a borough-wide ban on advertising HFSS foods.

The ban will cover adverts for foods including chocolate bars, ice cream, chips, mayonnaise, puddings and many fizzy drinks. It would affect all billboards, bus stops and phone boxes across the council's 13.5 square mile territory.

The money, which comes from the Department of Health and Social Care, Public Health England and the Local Government Association will be used for a feasibility study. The pilot project is being supported by Outsmart (OOH advertising specialists) to act as the representative for advertisers, ISBA - as representative for brands - and City University's Centre for Food Policy.

Lewisham currently suffers from a high rate of childhood obesity in which nearly one in five children are already overweight or obese on entering Reception, rising to more than one in three in Year 6. The Borough was selected as one of thirteen councils to take part in the study from the 102 that applied. In Scotland, Edinburgh Council is also researching the feasibility of a city-wide ban on HFSS advertising.

The initial exploratory phase is due to be completed by April 2019, following which the results of the advertising ban will be presented to the Department of Health and Social Care. Depending on the outcome of the pilot scheme, there will be an additional £300,000 of further funding available over a period of three years to fully implement and evaluate the impact of the advertising ban. If successful it is likely that other councils will be encouraged by public health bodies to follow suit.

It remains to be seen whether this will be effective as a method to turn the rising tide of childhood obesity. Is a ban on HFSS advertising simply being used as an easy target in the fight? If public health bodies and councils really wanted to combat this issue surely there are better ways to do so - preventing fast food outlets from opening near schools, ban or limit sales of HFSS foods to children, create more opportunities and educate people on the benefits of regular exercise? Although clearly these all impact on already stretched council purse strings. We shall await the outcome of the pilot with bated breath...

‘In Lewisham, we are making progress to reduce childhood obesity across the borough. However, nearly one in five children are already overweight or obese on entering Reception, rising to more than one in three in Year 6. Tackling obesity is part of our agenda to reduce health inequalities, it is unacceptable that nationally children from the most deprived areas are more than twice as likely to be obese than children in the least deprived areas. 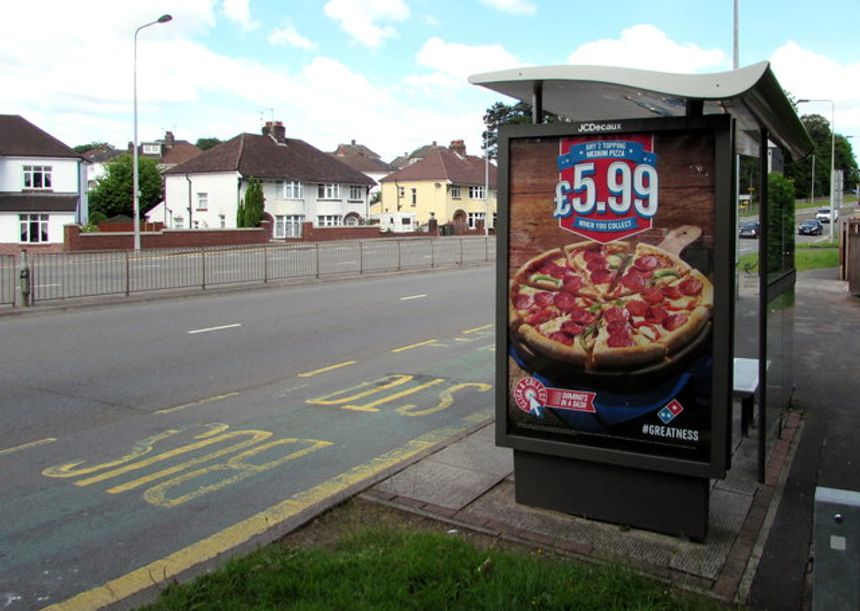