The latest ruling comes hot on the heels of last week's decision against HSBC, and only a week after the ASA published its latest study into consumer understanding of green claims.

It's clear that the ASA is focusing a considerable amount of its energy on greenwashing claims in advertising, and no doubt the rulings will keep coming thick and fast.

Bamboo do you think you are?

The latest ruling is against a small company called Bambooi. The ruling involves bamboo electric toothbrushes.

It touches on the claims “100% Plant-Based, recyclable materials” and “made from... materials that are both recyclable & biodegradable”, #NoPlastic, #HappyPlanet and #Ecofriendly, “world's first eco friendly electric toothbrush”, and “sustainably sourced”.

The latest ruling is against a small company called Bambooi. The ruling involves bamboo toothbrushes, but more importantly it touches on the claims “100% Plant-Based, recyclable materials” and “made from […] materials that are both recyclable & biodegradable”, “#NoPlastic” (as well as #HappyPlanet and #Ecofriendly), “WORLD’S FIRST ECO FRIENDLY ELECTRIC TOOTHBRUSH”, and “Sustainably Sourced”.

Two people complained about the delivery claims (which are irrelevant for our present purposes) but also complained about the environmental claims in the Facebook post and on the Bambooi website, in particular: “100% Plant-Based Materials” and “made from […] materials that are both recyclable & biodegradable”, “#NoPlastic”, “Eco Friendly” and “Sustainably Sourced” 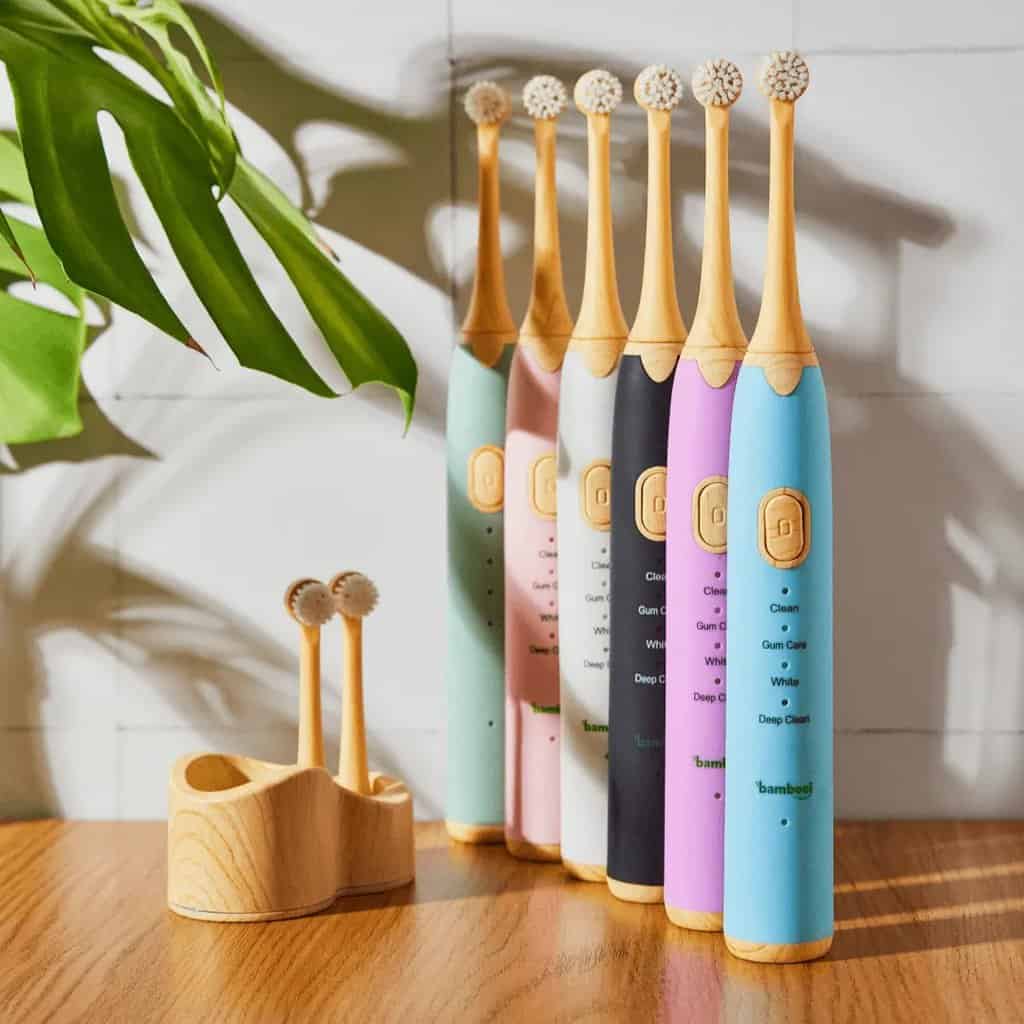 Bambooi stated that every material used in the product was plant-based and referred to a certification they held in support of that. However, they said they could not provide a copy of the certification without the approval of their third-party manufacturer, nor did they provide a list of the materials used in the product or any further information about the product’s manufacturing process. In relation to ‘Biodegradable’ they said it was commercially compostable, and offered a free service for customers to easily return the devices for composting after use, but didn’t provide evidence of this. In relation to the “#NoPlastic” claim, they stated that they had never intended to imply that the product was plastic-free and said that the product contained a bioplastic material. Bambooi said that their “Eco-friendly” claim was intended to convey that the product was a more environmentally friendly alternative to other electric toothbrushes on the market. Their aim had been to minimise the product’s environmental impact and felt that their progress remained largely unmatched by other manufacturers. They argued “Sustainably Sourced” claim was justified on the basis that they ensured every raw material used in their product came from suppliers closely situated to their manufacturing site. They said the production of the bioplastic involved less oxygen and water than conventional plastics.

The ASA was not convinced by any of these arguments and upheld on all counts. It set out some of its thinking on some claims, which was helpful (albeit it’s not clear whether or not any substantiation of qualification of these claims would have saved them, though it seems unlikely).

The ASA said that the claim that the product was made from “100% Plant-Based Materials” would be understood by consumers as an absolute claim that all the materials used in the product, including the battery and any other electrical components required for charging, were solely derived using plant matter as a raw material, and that any processing of that plant matter in the product’s manufacture did not involve the introduction of synthetic materials. Bambooi had not provided any evidence relating to the composition of the materials in the product, so the claims were misleading.

“#NoPlastic” was also misleading because it is an absolute claim but the product did contain plastic, albeit plastics derived from renewable biomass, which are often referred to as “bioplastics”.

“100%…BIODEGRADABLE MATERIALS”, visible on the product packaging, was also misleading because it was an absolute claim that all of the product’s components were biodegradable at their likely-end-of-life destination, but this had not been substantiated.

"made from […] materials that are both recyclable & biodegradable” was also misleading. It implied that all of the product’s components were both amenable to biodegradation at a suitable end-of-life destination, and widely recyclable. However, ASA said it would generally expect recyclable and biodegradable materials to require different means of disposal (so both can’t be simultaneously true). Also, consumers were likely to interpret the claim as an absolute claim that all the materials used in the product could either be recycled or were biodegradable in their likely end-of-life destination. Bambooi had not provided evidence to support these claims, nor did they provide convincing proof that they did run a collection service to recover, recycle and/or compost the products.

The ASA made clear that absolute claims must be supported by a high level of substantiation, but that claims such as “greener” could potentially be justified if the advertised product or service provided a total environmental benefit over that of the advertiser’s previous productor serviceor competitor products or services and the basis of the comparison was clear. Claims must be based on the full life cycle of the advertised product, unless the ad stated otherwise, and must make clear the limits of the life cycle. If a general claim could not be justified, a more limited claim about specific aspects of a product might be justifiable.

The ASA considered that the unqualified “Eco-friendly” claims would be understood by consumers to mean that, across its entire life cycle, the advertised product would have either no detrimental impact or an overall positive impact on the environment. And claims such as “an electric toothbrush that […] protects the planet”, “Made by Nature”, “we can extract its [sugarcane’s] biomass to feed next year’s crops”, as well as “YOUR SOLUTION” underneath a statistic about plastic waste reinforced that understanding, as did the hashtag “#HappyPlanet”, and the claim “Brush sustainably, like you never could before” which was visible in the shot of the product’s packaging.

The ASA considered the claim “sustainably sourced” could be interpreted in different ways by consumers depending on the context in which it was used. However, in the context of the ad the ASA considered it was likely to be understood as an absolute claim relating to pre-purchase stages of the product’s life cycle, including the sourcing of raw materials, the production of the finished product, and all intermediate stages between. Also, the ASA considered that this claim was likely to give the impression that those stages of the product’s life cycle, taken as a whole, did not involve a net depletion of non-renewable natural resources, nor a net emission of greenhouse gases or other pollutants.

While the claims and context will always differ, the ruling does help to show the ASA's thinking on some of these claims, and it underlines once more that the ASA's underlying assumption is that broad/general green claims imply general/strong environmental credentials of the brand and/or product being promoted - so the risk lies as much in what is omitted from the ad as what is explicitly claimed. 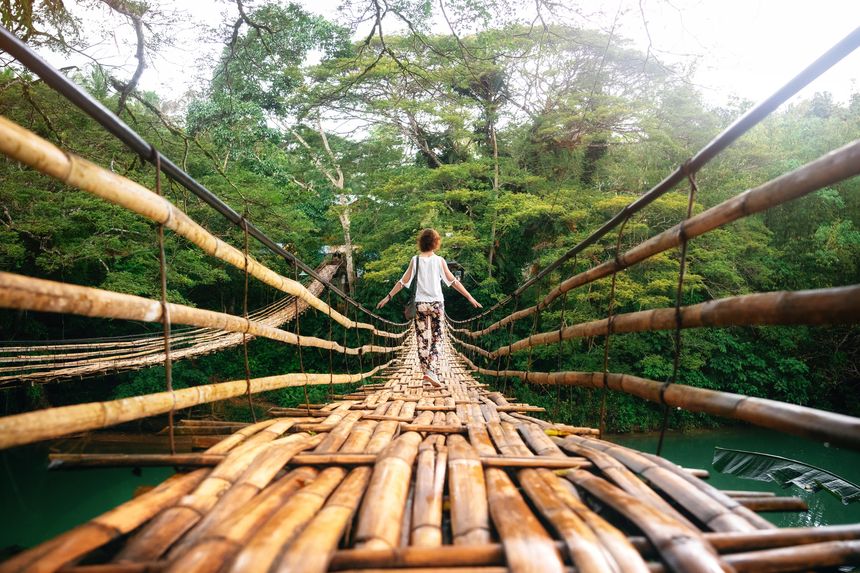