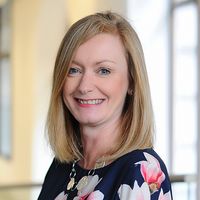 Piccadilly Lights is one of the UK’s most iconic landmarks and a globally-recognised advertising space. Situated on the corner of Piccadilly Circus, between Shaftesbury Avenue and Glasshouse Street, an estimated 100 million people pass through each year jostling for space amongst London's red buses.

Often cited as London's equivalent of Times Square, this patchwork display of creativity makes the site a highly desirable spot to showcase some of the world's biggest household names.

The Lights have seen many changes in both branding and technology over the years, read on for some facts and figures: 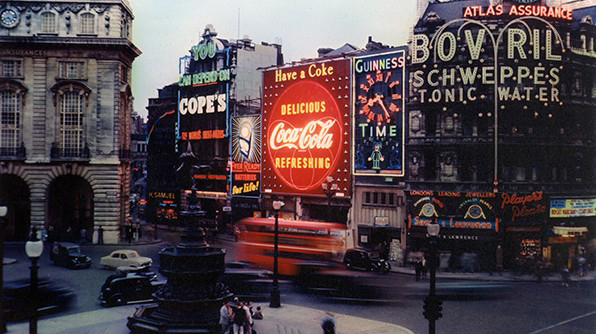 The first illuminated advertising hoarding at Piccadilly Circus was a Perrier sign, installed in 1908, created with light bulbs.

In 1930, Guinness began their long association with Piccadilly Circus. A simple advertising hoarding was used up until 1932, at which time Guinness installed one of three variations of clocks that would span the next 40 years. The infamous slogans were there for all to see, 'Guinness Time', 'Guinness Is Good For You - Gives You Strength'

Coca-Cola can boast the longest continuous presence having had a sign at Piccadilly Circus since 1955, spelling out the phrase ‘Have a Coke’, ‘Delicious’ and ‘Refreshing’ . In 2017, the ad was upgraded to a curved, ultra-high definition screen with 11,858,400 pixels and 281 trillion colours. 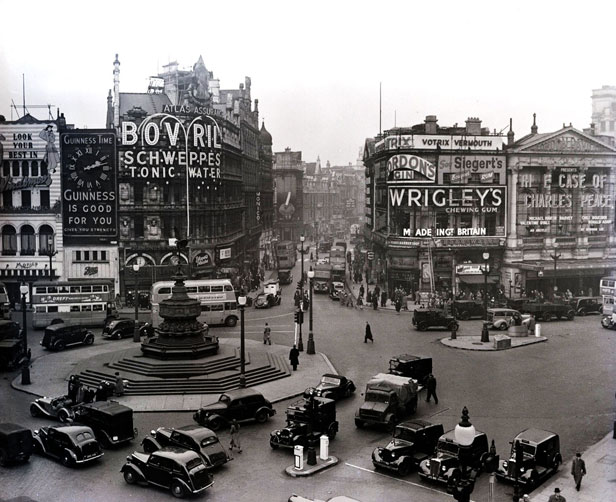 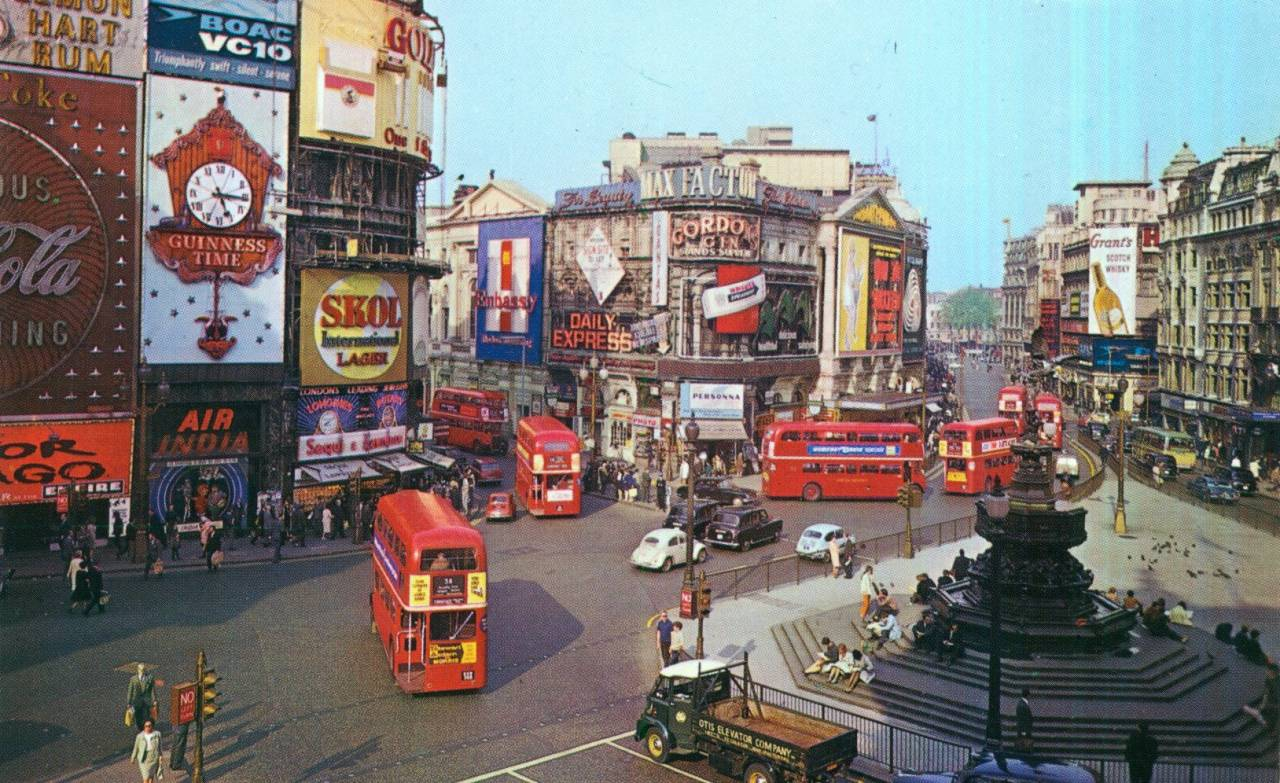 Yoko Ono was reported to have spent an estimated £150k to show the lyrics from her late husband John Lennon’s song Imagine. ‘Imagine all the people living life in peace’ were the words displayed simply in black on a white background for three months in 2002. 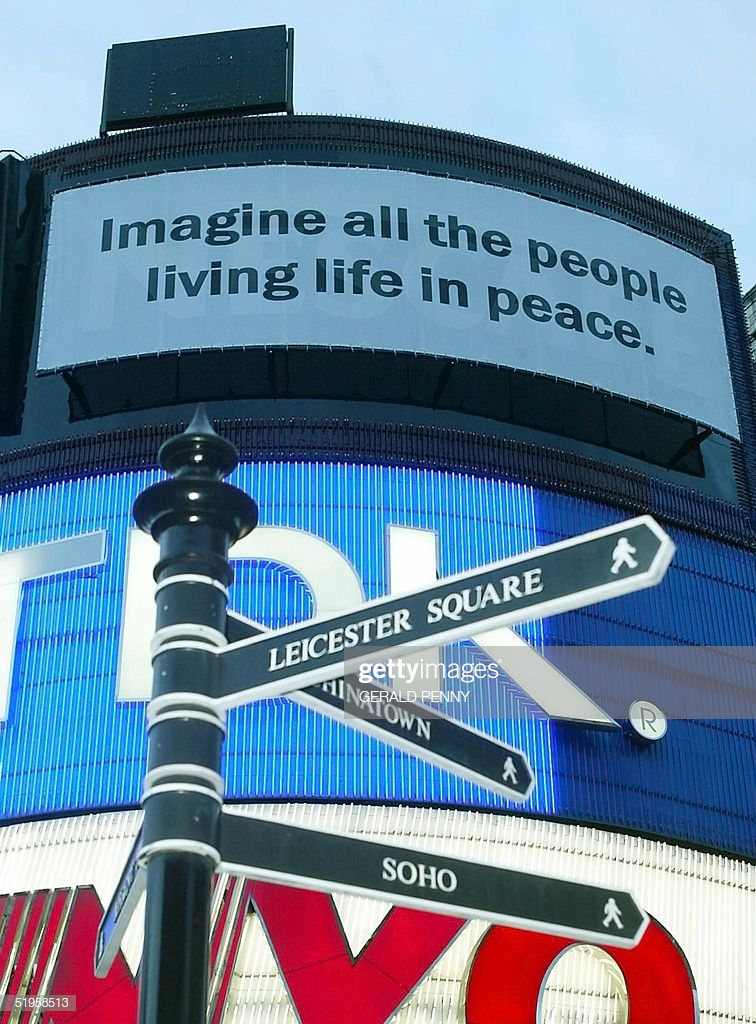 "Lights Out, All Out"  - since the blackout during WW2, it's rare for the Lights to go dark except for notable occasions, namely for the funeral of Winston Churchill in 1965, then again for Diana, Princess of Wales in 1997. The lights also went dark during the Lights Out London campaign in 2007 .

Sanyo was a name closely associated with the Piccadilly Lights site. After taking on its first sign in 1978, the Japanese electronics giant took one of the then five permanent spots (each known as a ‘light’) until 2011 when it was replaced by Hyundai – the first new company to acquire ‘a light’ in 17 years.

Following a relaunch in 2017, the site now boasts a single 4K LED digital screen , the largest of its kind in Europe. The new screen keeps the traditional six-panel 'patchwork' design, but  also has the ability to switch to a single giant display as needed. Coca-Cola, eBay, Hunter, Hyundai, L’Oréal Paris and Stella McCartney were the six brands that relaunched the site with dramatic effect. The state-of-the-art technology, also allows the screen to react to certain external factors, such as the weather or temperature. 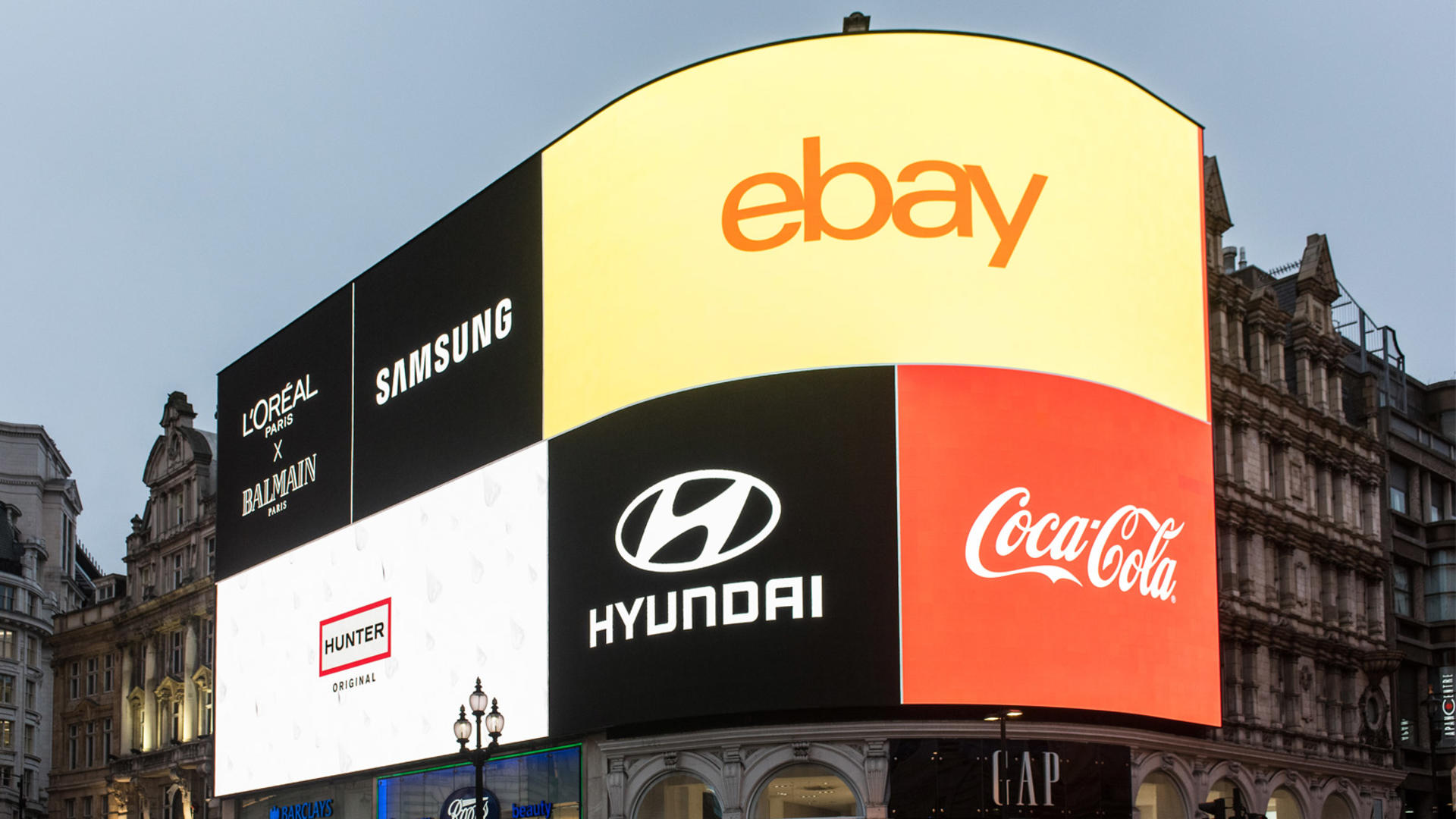 Fast forward to more recent times, in 2018, Piccadilly Lights joined the colourful Pride celebrations including the first ever audio-synched campaign of the Pride in London anthem  'Somewhere Over the Rainbow' triggered by Mayor of London Sadiq Khan. 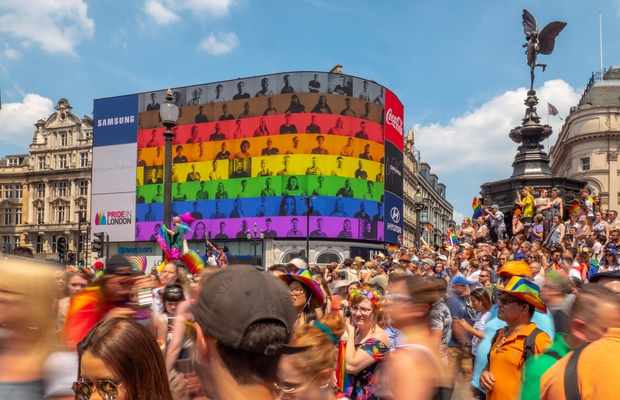 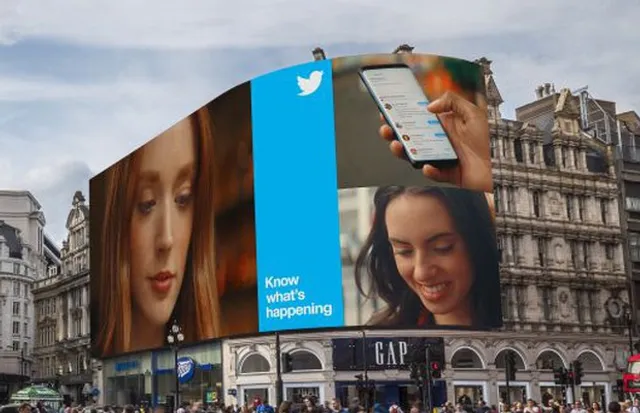 In a salute to this enduring advertising platform, AdSlogans, the slogan search service, features a title image of Piccadilly Lights on its newly updated web information pages.

Landsec’s Piccadilly Lights is one of the UK’s most instantly recognisable landmarks, immortalised in numerous song lyrics and on film. But it’s also more. From its first campaign back in 1908 to the 2017 unveiling of its latest makeover, the site has stood testament to the enduring power of the poster and now the creative potential of digital outdoor 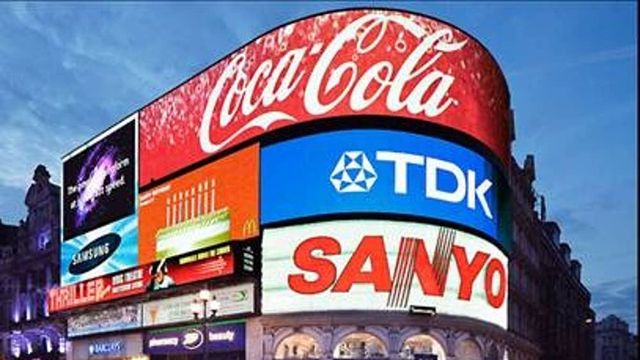